Map of the Island of the Passions, to discover every place / structure of the Mostra d'Oltremare of Naples

The Mostra d'Oltremare, transformed into Island of the Passions, welcomes citizens every day for the price of a single euro or by monthly subscription at the cost of just 5 euro.

This green lung allows you to take long walks on foot, by bike, picnics and much more.

Are you sure you know every place / structure of the Mostra d'Oltremare? This map offers you a summary of the best areas of the Island of the Passions and also the opportunity to discover the prices for renting bikes and tandems in the exhibition itself.

Areas and Services of the Mostra d'Oltremare of Naples

Not everyone knows the relaxing pond of the Mostra d'Oltremare: a space immersed in the green where you can lie in relax under the huge trees that adorn the stretch of water inhabited by tadpoles and frogs.

In this area there is also a structure that is nothing but the faithful reconstruction of the castle of "Gondar" located in "Facil Ghebbì" (Africa).

Located just behind the Mediterranean Theater, in the direction of the Edenlandia park, this long avenue is made up of dozens of palms from Libya, one of the Italian colonies during fascism. The trees have been planted forming four rows and allow a relaxing and fresh walk to their shade.

Perhaps not everyone knows this, because it is a little hidden, but near the Fontana dell'Esedra, on the left, there is a part of an ancient Roman road that connected Naples to Pozzuoli. The Strada Antiniana started from what is now Piazza San Domenico Maggiore and is covered with rickety stone. Upon its discovery, an ancient aqueduct emerged, the public baths (visible on Via Terracina) and a votive temple. On the sides of the street were also found monuments and common burials, together with an elegant mausoleum.

One of the most fascinating places in the whole complex, above all thanks to the renewed light, music and water performances offered by the reopening of the exhibition, the Fountain is long 350 meters long and, in its rectangular length, is composed of 24 circular fountains. The latter form terraces, until reaching the final exedra, 76 tubs decorated with colored majolica, accompanied by an avenue of 800 trees between pines and oaks. Its water jets are often impressive, coming to touch the 42 meters in height.

For information on fountain shows see the appropriate article.

Currently the structure is unused and also abandoned. What is this huge 46 meters tall tower? It was designed by the architect Venturino Ventura, became the representative building of the regime and was also called the Party Tower. In the past, on one side, the Statue of Fascist Victory was also present.

The 28 Fontane Area is characterized by circular fountains with "tufted" jets on a turf. Positioned along the longitudinal axis, it forms the main area of ​​the exhibition. The design, very particular, uses a perspective game to create an illusion of depth, executed by narrowing "the cone" section of the central avenue.

The Golden Cube is a building located near the Viale delle Palme. Made of reinforced concrete, it is characterized by pillars covered by stone, by some windows with frames that are interspersed with each other and by a golden mosaic with an arabesque inspiration that covers the bulk of the surface enhancing the geometric shapes.

The long avenue with dozens of hydrangeas in a row faces the entrance to the outdoor pool and is one of the most colorful and fragrant places in the exhibition. Together with the Viale delle Palme, it is a perfect place to relax and stroll.

The Flegrea Arena is the most prestigious area for concerts and shows in southern Italy. First building of the kind built throughout the country, 6000 counts well seats positioning itself in second place for size among the concerts Arenas in Italy.

Do not you want to load your bike in a car or do not own one? Napoli Pedala, organizer of the famous Napoli Bike Festival, offers you the possibility to rent one for a small price. The stand of Naples Pedala, located in the square in front of the LIBIA pavilion, is open every weekend and holidays from 10.00 to 20.00 (last rental 19.00 hours).

In addition to renting bikes, Napoli Pedala is also a bicycle workshop and organizes workshops for children.

General Information on the Island of the Passions

When: the Mostra d'Oltremare is open to the public every day.
Schedule: Monday to Thursday from 7.00 to 19.00 | from Friday to Sunday from 7.00 to 24.00.
Price: 1 euro, daily admission | 5 euro, monthly subscription.
Inputs: Piazzale V.Tecchio / Via G.Marconi parkings Via JF Kennedy parking lots A. Usodimare (only sat / sun) 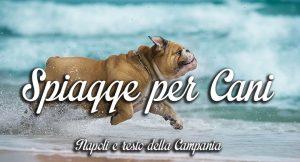 Beaches and Pools for Dogs in Naples and Campania

How to recognize good homemade ice cream The 11 golden rules

Gelato Festival on the waterfront of Naples: prices and complete program

How to recognize good homemade ice cream The 11 rules ...