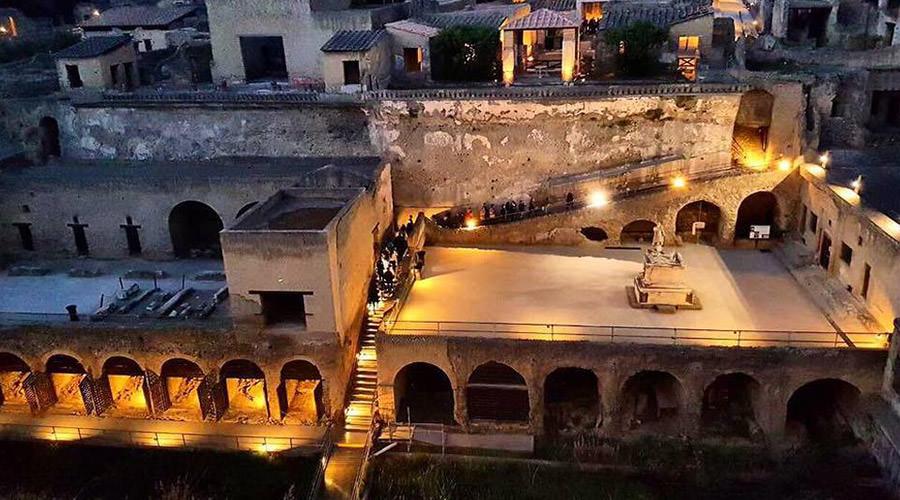 At the White Night of Herculaneum there will be many events, music, exhibitions, free admission to the Virtual Archaeological Museum and walk to the Excavations at 2 euro!

Friday October 6 2017 you can participate in the White night of Ercolano, organized by the Virtual Archaeological Museum (MAV), now known and loved by citizens and tourists because it allows you to make a real virtual journey to Pompeii and Herculaneum at the time of the eruption of 79 AD
The events will be free, as well as admission to the museum throughout the evening. Instead, to visit at night Excavations of Herculaneum si will pay a ticket of only 2 euros.

On Friday evening, in the halls of the museum and on the streets of the town, there will be many free events suitable for adults and children who will entertain you, sing, taste very special food and discover more the history of the municipalities on the slopes of Vesuvius.

Stands will be organized with street food, but there will also be the opportunity to taste typical dishes of ancient Rome and there will be a space for craftsmanship. The little ones can have fun with theplayground dedicated to them, there will be several concerts, including that of the white voices of the Teatro San Carlo and events of itinerant music.

But it does not end here, because exhibitions will not be missing. Here is the whole program!

Schedule of the white night in Ercolano

20.15 hours
Sanitansamble and Choir of the White Voices of the Teatro San Carlo in concert / Church of Santa Caterina VM, Corso Resina

Throughout the evening, in the Space Gallery of the MAV, you can visit the photo exhibition "BENE, BIS" dedicated to Carmelo Bene with the performances of Lidia Papoto and Federico Polacci.

The "Film Noir, l'éruption" by Clay Apenouvon will be exhibited in the foyer.

Information on the white night in Ercolano 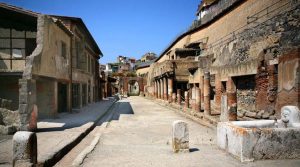 Coronavirus in Naples: virtual visits to the Herculaneum Archaeological Park 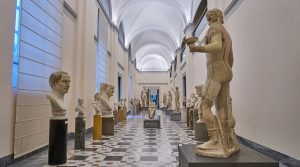 Invitation to the 2017 Palace in Naples, free visits to the palaces ...