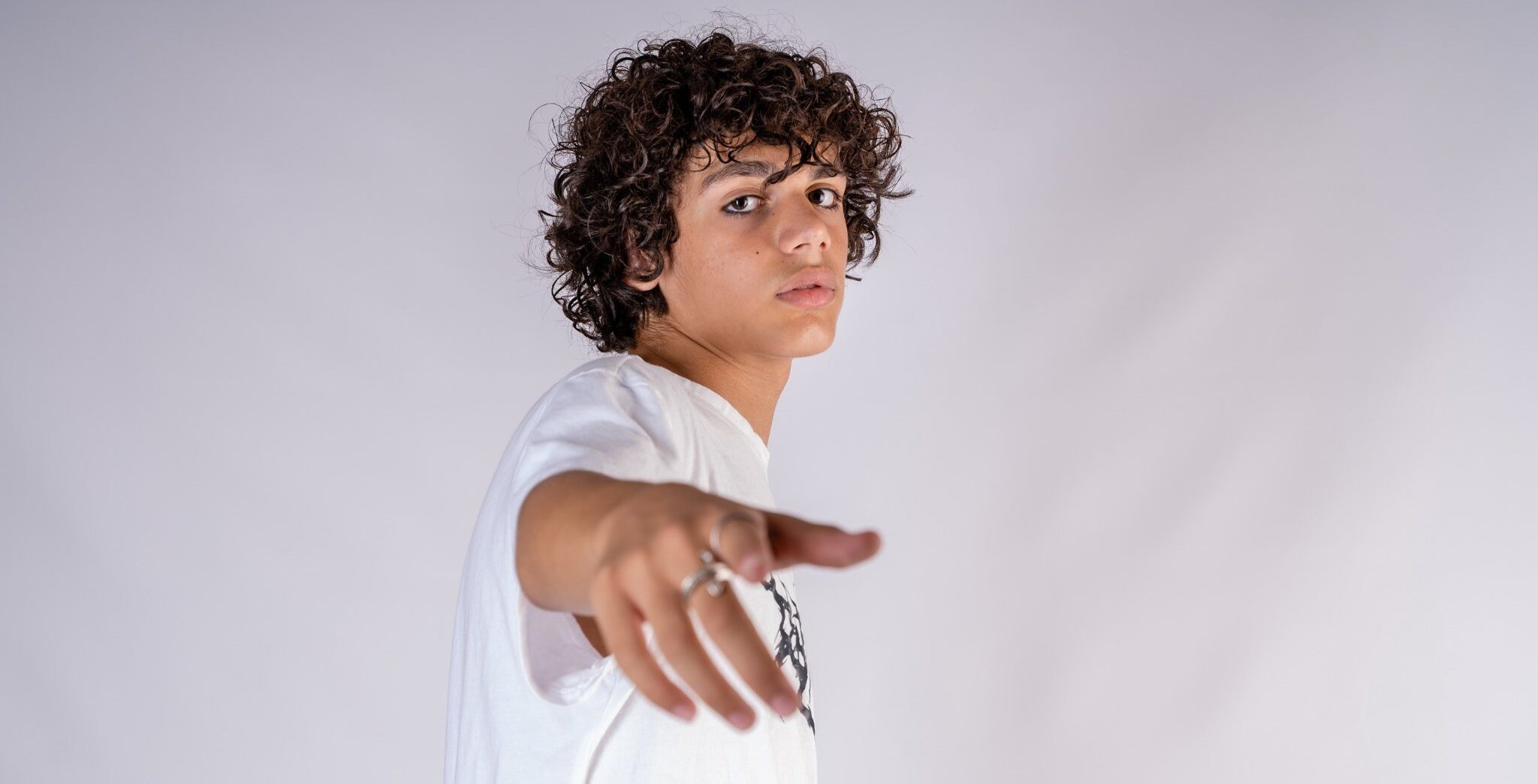 He is only 13 years old, but Alessandro D'Antuono can already boast a very respectable gold star in his resume: acting in the film "Without Blood" alongside Angelina Jolie! Here is everything we know about the young Neapolitan actor who is depopulating in the United States

In Italy he is not yet famous, but abroad Alessandro D'Antuono is becoming a celebrity: thirteen years old, born in Sant'Antonio Abate, in the province of Naples, the young actor was chosen to star in the film Without Blood next to Angelina Jolie in the role of director.

The film, which will see the student of theTheater Academy of Castellammare di Stabia compete with one of the most famous tales of baricco, will also see another first: Angelina Jolie, which is still considered one of the most beautiful women in the world, will take on the role of director and will shoot some scenes a Rome.

The origins of Alessandro D'Antuono

Alessandro lives in Sant'Antonio Abate, he started acting when he was only 5 years old.
Basketball player in the under 13s of Abatese Basketball, he is a great lover of manga and ancient history, especially the Egyptians.

Where and when he was born

Alessandro was born in Castellammare Di Stabia, a municipality in the province of Naples, on June 28, 2009.

A town famous for its history and its natural beauties and also for the presence of Faito cableway, which connects the city of Castellammare with Mount Faito, a leisure and holiday destination for thousands of visitors every year.

A little curiosity about Castellammare Di Stabia: in 2013 the UAI gave the name of "152481 Stabia" to an asteroid, in honor of its discoverer, precisely from Stabia, Ernesto Guido.

Alessandro D'Antuono and the first steps in the world of acting

There is not much information on the net about beginnings of Alessandro D'Antuono as an actor, but from what we know, the young Neapolitan began to take his first steps in the world of cinema when he was only five years old.

Passionate about acting, he began studying at a very young age at the "La Ribalta" Theater of Castellammare di Stabia, which also houses the headquarters of the Theater Academy.

First di Without Blood, Alessandro D'Antuono he has starred in four other films, both as an extra and as the main protagonist, and has worked with the likes of Alessandro Siani, Jonathan Nossiter e Sidney Sibilia.

"Without Blood": when shooting begins

Filming of Without Blood have started Rome on 10 July 2022 and will end on 30 July 2022, therefore Alessandro D'Antuono he is already busy on the set, even if his participation in the film was only announced on June 15, 2022 by Marianna De Martino, the owner of the La Ribalta academy.

The mayor of Sant'Antonio Abate, Ilaria Abagnale, speaking of the young actor, he wrote on the official social networks of the municipality:

"The American actress Angelina Jolie has selected the little Abatese actor Alessandro D'Antuono for the new film" Without Blood "which will see her working in Rome as a director. It's wonderful! Congratulations to Alessandro and a strong good luck for this American production, in which we can't wait to see you appear on the big screens and feel proud of a talent of our beloved Sant'Antonio Abate, to whom we wish a future of successes and increasingly important roles! ! "

As far as the plot of the film is concerned, it will deal with the theme of wounds caused by conflicts, a very topical issue given the ongoing war in Ukraine.

Cast of Without Blood

In the cast, in addition to Angelina Jolie, who is director, we also find Salma Hayek and Demian Bichir.

The other works by Alessandro D'Antuono

The film with Angelina Jolie, and directed by the actress herself, will be the most important participation for Alessandro D'Antuono and it will also launch it in the Hollywood firmament.

The young actor, however, before reaching this important milestone, also appeared in commercials, such as that of FOOTBALL LEAGUE shot by the director Onofrio Brancaccio and, three years ago, he participated in the Presentation Gala of Vesuvius Campania, where he also met the splendid Stefania De Francesco.

Going even further back in time, in 2017 Alessandro D'Antuono appeared in an ad for Boing TV 2017, an experience that made him very happy as his commercial aired twice before his favorite cartoon, Doraemon.

Filmography, the films in which Alessandro is present as an actor and extra

As already mentioned, he is a great reader of Japanese Manga, but he also doesn't disdain the world of American comics, in fact he is a big fan of MARVEL productions (he would like to act as a super hero) and meet his favorite actor: Tom Holland.

He is passionate about history, especially Egyptology.

Are you looking for something in particular?
Famous actors
Work with us
Load More