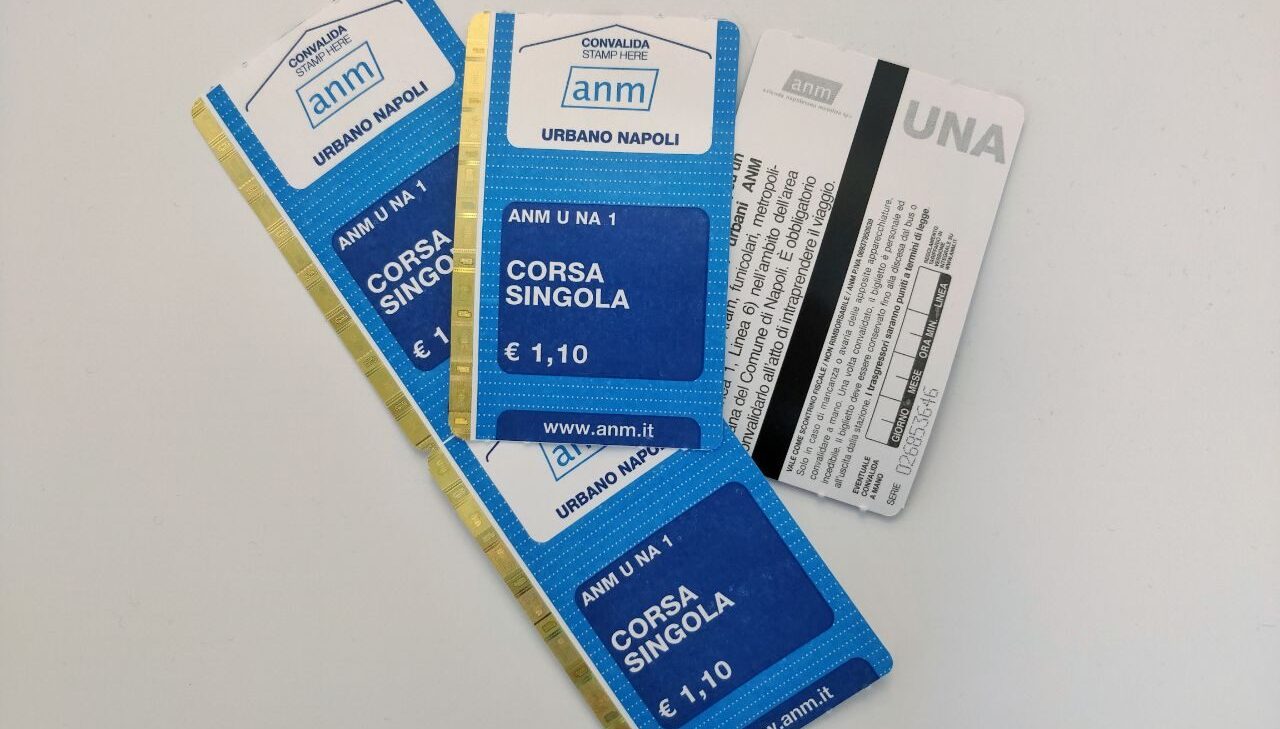 Il the price of the ANM Naples ticket and the Unico Campania ticket will increase starting fromAugust 1th, 2022. This was communicated several times by the mayor of Naples Gaetano Manfredi during the various interviews made on the occasion of the commissioning of the new metro line 1 train.

Il business ticket, therefore the one valid for the single journey on ANM vehicles, will go from 1,10 euros to 1,20 euros. We remind you that this ticket is used to make a single ride on a bus, metro line 1 and Funicular Mergellina, Montesanto, Centrale and Chiaia.

The ticket price increase comes justified with the commissioning of the new train of the metro which will significantly improve the public transport service.

The increases in the other Unico Campania bands for Suburban Lines, EAV and Trenitalia (including Metro Line 2).

For all movements on the suburban lines and on the EAV and Trenitalia lines, one passes from € 1,30 to € 1,40, while the UnicoCampania Naples hourly ticket passes by 1,60 1,70 in euros.

The increases for the extra-urban services Na 1

The rate of the suburban service Na 1, that is all the movements to and from Naples through a municipality other than the capital, or all the movements between different municipalities with interchange on Naples sees the fare pass from 1,60 to 1,70 €for the single journey, while the hourly ticket increases from 1,70 to 2,40 €.

The increases for the extra-urban services Na 2

Still no update on weekly and monthly costs.

With the start of the new train rides, that it will be there in September thanks to the end of the tests, the metro line 1 service in Naples will improve and be more efficient.

Above all, i waiting times between one ride and another will also drop to 5-7 minutes and the train will be faster than the current ones. Here are its features:

Anm, Funiculars of Naples, Subway 1 Line
Work with us
[ajax_posts]