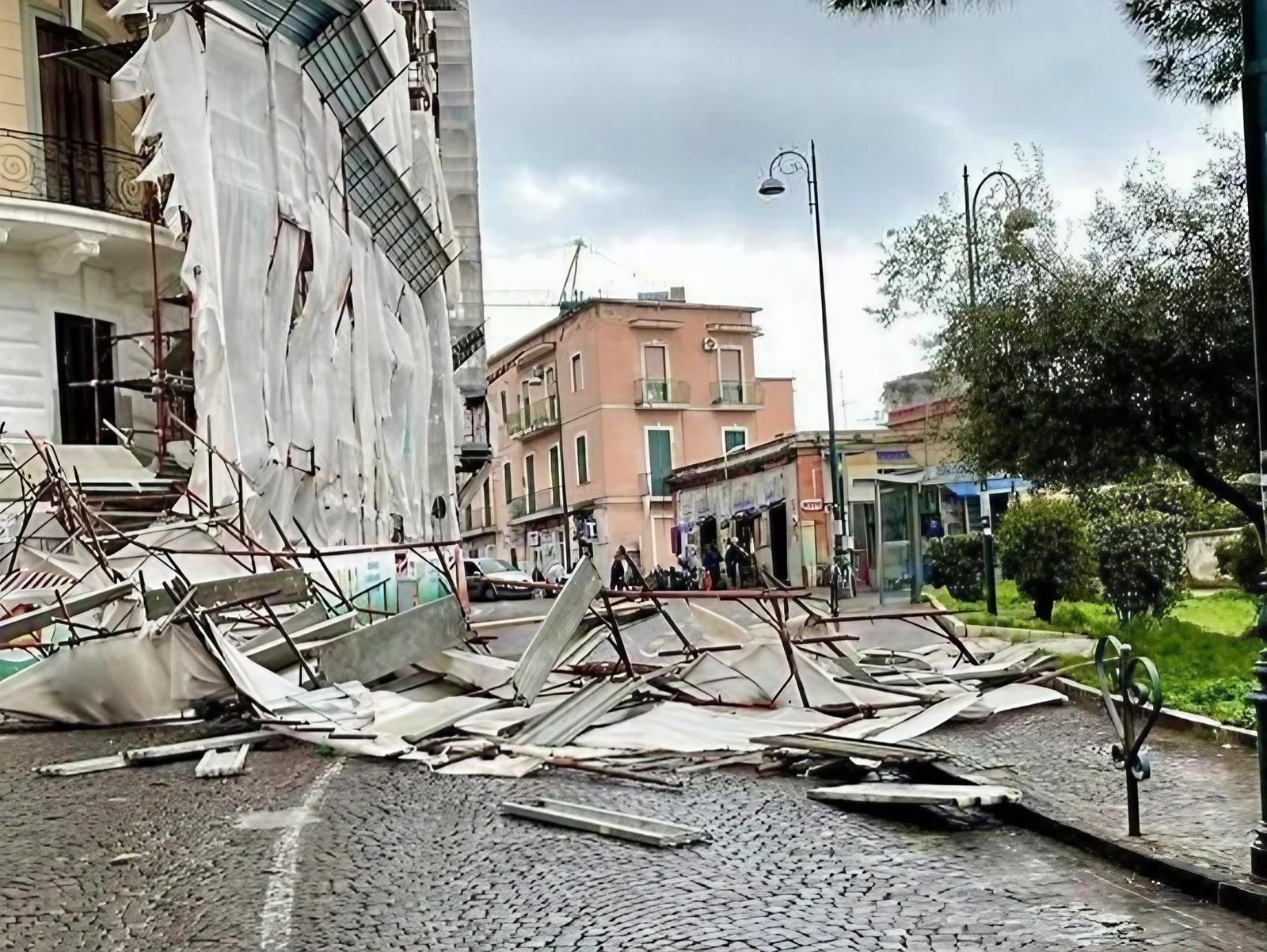 This Tuesday's bad weather is causing numerous inconveniences, but to these are added dangers now on the agenda in Naples. Almost as if it were normal.

Collapse in Via Aniello Falcone: a scaffolding falls

One of the collapses occurred in Via Aniello Falcone, to fall is a scaffolding that had been present on the building for months, so much so that it is even visible on Google Maps.

No injuries, but it's a mere coincidence. This is demonstrated by a video shot by some residents just as they were on the phone with the police to report the unsafe scaffolding. Needless to say, during the phone calls the scaffolding falls and just a few moments before some vehicles were circulating right there.

A tree falls in Piazza Cavour, a parked car is damaged

If a stroke of luck didn't cause injuries or worse in Via Aniello Falcone, in Piazza Cavour it didn't go so well for the owner of a parked vehicle.
A tree collapse hit his car and damaged it beyond repair.