As we all know, the financial situation ofEdenlandia and the Zoo of Naples is desperate. For more than a year the company has been in bankruptcy and has long been expecting, or rather hopefully, to arrive, new proposals for revitalization.

Unexpectedly, just today, the news of one has come interesting proposal" from an English company. It is about Brainspark Plc, a company that deals with investments in the fields of entertainment, leisure, interactive communication, catering and financial services.

His proposal provides a sum equal to one million euros to buy the area, the commitment to keep in the workplace i 70 dependentie that of covering the severance indemnity matured in the provisional year up to 75 thousand euro. In addition, the Brainspark has proposed further investments to relaunch the structures: there is talk of at least 5 million, in addition to the commitment to take charge of maintenance work on the area for a million and a half expenses.

The British company also claimed that it would pay 350mila euro of rent Annual Report and has made itself available to evaluate, at a later stage, with the ownership of the areas, the conditions for subsequent financing.

The judge Graziano and the curator Lauria have defined the proposal interesting and have pledged to evaluate it within the 10 January, deadline set by the Court for the end of the provisional year. 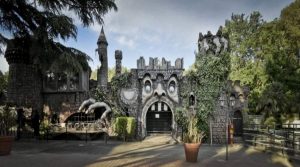 Edenlandia in Naples temporarily closes for the DPCM 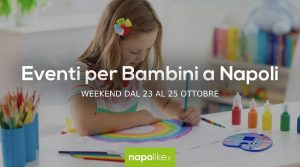 Juve Stabia, a fan died before the match against Fiorentina

Christmas 2012, a dive into the magic of San Gregorio Armeno