HomechroniclePolice Calendar: created by the boys of the Nisida prison
chronicle

Police Calendar: created by the boys of the Nisida prison

After having already talked about a project involving the inmates of the Campanian Institutes, engaged in craftsmanship on the occasion of Christmas , we present a new work made possible by the activity of others people arrestedi.
In fact, it was presented yesterday at the New Automobile Museum in Turin 2013 Calendar of the State Police, in the presence of the Minister of the Interior, Annamaria Cancellieri and the police chief Antonio Manganelli, as well as the President Unicef Italy Giacomo Guerrera.

The calendar has been realized thanks to the ideas of the boys of thePenitentiary Institute of Nisida and its purposes are purely beneficial. Just the young prisoners have thought and conceptualized the idea behind the project, the images and the idea to be associated with photos of every single month, as well as the most suitable technique to apply. After that, they transferred all the material to the boys who attend the international school of Comics and that promise to become good cartoonists and illustrators.

These young people have done nothing but draw the tables that are now part of the pages of the new calendar. As anticipated, the sales proceeds will be allocated to a charity project. Specifically, it is a Unicef ​​project for Tanzania, but it is from the 2010 that the sale of these calendars allows supporting charitable projects. In fact, in 2010, about 159.000 € could be donated to the UNICEF project in South Sudan, while in 2011 170.000 € were sent to the UNICEF project in Bangladesh.

Last year, however, the sale allowed us to collect € 240.000 to be allocated to the UNICEF project for Cameroon aimed at countering the child malnutrition. 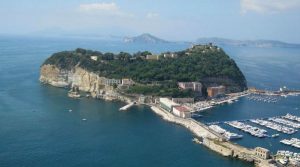 2019 Nature Festival on the island of Nisida in Naples: the free event to discover the area

The Orange Movement is born: De Magistris presents it in Rome

Parade Disney in Naples: date, time and runway of the parade ...