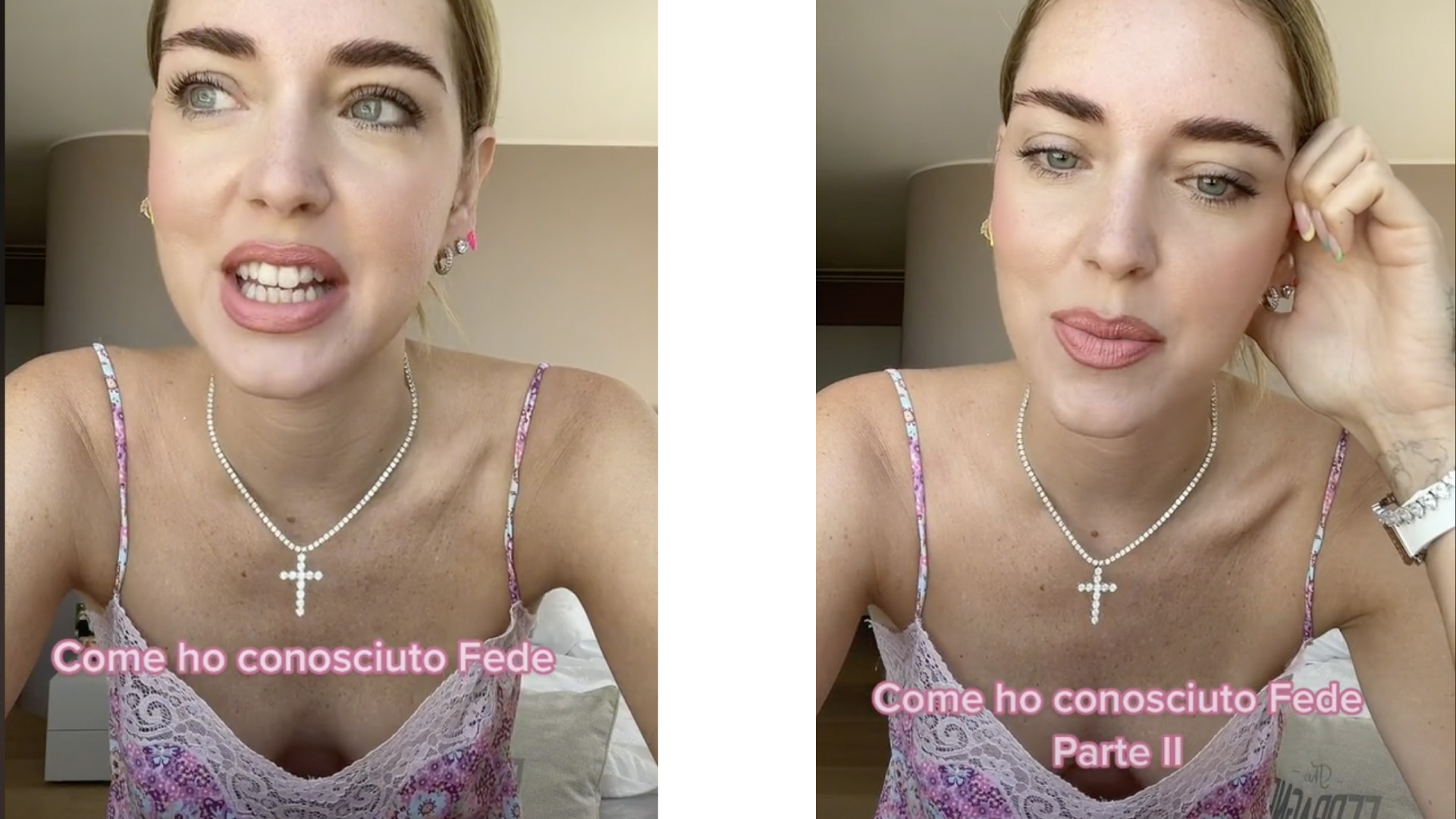 The couple of the moment? Surely Chiara Ferragni and Fedez. And it has been so for many years. Yet the couple had never specified how they really met she and her husband, as well as the father of her two daughters.

We all certainly know that the two got closer thanks to song "I wish but I can't", where Fedez quoted the super influencer with the phrase "Chiara Ferragni's dog has a Vuitton bow tie".

Su Tik Tok, However, Chiara Ferragni she wanted to go into detail and tell, through two separate videos, how she and Federico met

Chiara Ferragni on Tik Tok: this is how Fede and I met

In the first part the explanation is mainly based on previous relationships of the two and of the first meeting organized, without ulterior motives, by Italian friends who wanted to introduce the two fellow countrymen who were in the midst of their success.

Here is the complete first part of the video:

After this first meeting, nothing happened, then Fedez launched the song "I wish But I can't" and got back in touch via Snapchat. The influencer then posted one snap with Fedez's song and he responds, in public, thanking her for sharing and jokingly states "Anyway we have to lemonade".

From there they begin to follow yes and so do i private messages. Fedez, without wasting time, asks her to go out, in a very direct way, but despite being interested in her Ferragni it is initially hesitant, both because of the commitments both because of having had the terror of being paparazzi in the company of Faith, since he did not think that this story could have a real following.

And here is the second part of the beginning of the history of Ferragni and Fedez:

Now we look forward to the third part of his story to find out how ithe first appointment between Ferragni and Fedez!