Citizenship income: objectives, how it went and the stop from 2024 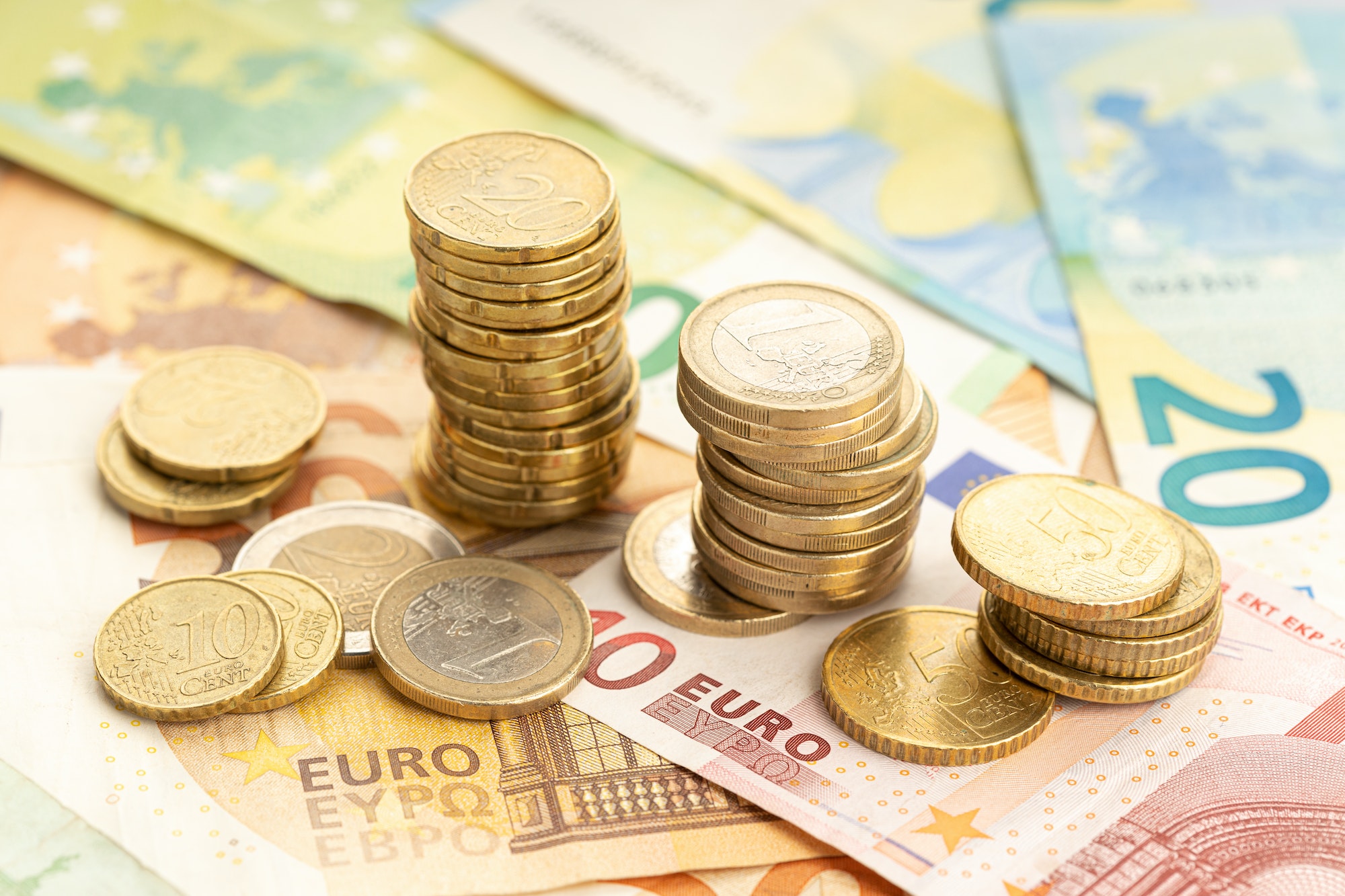 Il Basic income was born as an economic support for all those families who entered into serious economic difficulties during the period of Covid. The last few years have been very hard and suffered for most Italian citizens and the state has provided to a useful and important sustenance. However, something could change with the new government led by Giorgia Melons.

Let's see the details together.

What is the Citizenship Income

The Citizenship Income is a measure politician born to face the serious difficulties that every Italian family must exceed.
Specifically, it is a system to combat poverty, inequality and exclusion from work.

What is the purpose of the Citizenship Income

This measure was adopted shortly before the Covid-19 pandemic in which many families found themselves in serious difficulty to to survive.
Lo purpose of this provision is therefore to support the beneficiaries at an economic level and help them to a work reintegration, in the event that they were in a total state of unemployment, or to a wage supplement in the event that there is a pre-existing working condition that does not allow get out of the state of poverty.

What are the requirements: who can apply for the Citizenship Income

Since the support charged to the state, it is necessary to have gods requirements in order to apply. Let's find out together.

How much must not be exceeded with the ISEE

As we said above, one of the requirements to apply for the Citizenship Income is the ISEE. The latter follows gods parameters very specific and we mean € 9.360 per year. The movable assets, the maximum ceiling of which is 6.000 euros.

In addition, the real estate assets in which it will be verified that it does not exceed 30.000 euros.

How many people have the Citizenship Income?

According to the data provided by INPS, from January to July 2022, i beneficiaries (understood as family units) of the Citizenship Income were 1.61 million. They translate into 3.52 million people involved in this subsidy.

The calculations show that:

How much is the Citizenship Income?

Say a amount exact citizenship income is not easy since the value that will be issued respects very specific parameters and different for each individual case.

However, we can say that the monthly sum corresponds to one twelfth of the total annual value. In general, this is a varied supplement from 480 to 9360 euros per year.

What can citizenship income be spent on? Can it be combined?

This is one of many questions that arises more.
Always starting from the assumption that it is a support, a help, it is good to keep in mind that it must be use the money for the goods of first necessity.

You can therefore go shopping, buy personal care goods, pay bills, rent or mortgage, but you can also use it for what concerns the education of your children.

The law on the matter is very clear about the use of the money received by the beneficiaries of the Citizenship Income. The money, which will be credited to a special card, will have to be spent within the following month and cannot be accumulated.

In the event that the money is not used until the date of the next disbursement, the beneficiary will lose 20% of the economic subsidy.

How long does the Citizenship Income last?

Citizenship income begins to be paid from the month following the application submitted and is valid for a maximum of 18 months. After this period it can be renewed upon new application. Between one application and another there will be a one-month suspension of the service.

What works are proposed? Is it possible to refuse them?

Let's start immediately by underlining an important aspect: those who are entitled to the Citizenship Income will be offered some jobs that they will have to be congruous with the skills and competences of the worker. In general, the main sectors are social, cultural, artistic, educational, environmental and the protection of municipal assets.

Individual projects will have to follow the needs of the individual municipalities and will have to propose a task that will integrate and support a work normally performed.

As for the second question, the answer is yes: it can refuse a job offer. Clearly, however, the provision of the Citizenship Income will be suspended, on the second refusal, if there is no valid and concrete reason.

How has the Citizenship Income been since it started?

The contradictions of the income of citizenship: criticisms and criticalities emerged

There have been many critical on Citizenship Income since it came into force and we report them below.

Not only have some criticisms emerged on the subject, but also some critical issues not just.

How did those of the Five Star Movement and the PD want to change it?

Il Five Stars movement he has always been a great promoter of citizenship income, but during the electoral campaign he had promised that they would change some aspects. In fact, it was thought to strengthen it on two fronts: on the one hand by introducing more efficient measures for the system of active policies, while on the other by introducing a scam monitoring.

As regards the PD, had highlighted three proposals:

Will Meloni take away the citizenship income? Let's take stock

What did Meloni say during the election campaign and recently about citizenship income?

With the rise to the government of Giorgia Melons, many Italians are wondering what will become of the citizenship income. The leader said that in her opinion poverty cannot be combated with welfare and consequently the subsidy in vogue so far will come replaced.
At the moment, however, it is not yet known with what.

Meloni has assured that any measure will be taken to replace the citizen's income will have to be much more effective at the level of social inclusion and insertion into the world of work.

How long will the Citizenship Income remain?

The idea of ​​abolishing the Citizenship Income was a project not materialized until November 22, when it was confirmed the stop in 2024. There has been speculation that as the new year, 2023, arrives, there may be one definitive stop, but in Claudio Duringon's interview with Corriere della Sera this possibility seems to have been discarded in function of a renewal in reduced form, a declaration later confirmed by the council of ministers at the end of November.

Who will have the Citizenship Income?

The new government is dealing a lot with the topic of Citizenship Income. The emerging idea, however, is that of eliminate the subsidy to all those who are able to find a job and to work, while the category of the most "fragile" will still be able to benefit from it.

Giorgia Melons admitted there are some category to whom the citizenship income is entitled without too many hesitations and among them we find invalids, retirees in difficulty and parents with minor children who are without income.

For everyone else, the subsidy is certainly not the solution.

Many Italians are serious worried on the fate of the citizenship income subsidy and this is one of the most discussed topics in recent days. In fact, the Meloni government proposes some hypotheses including that of to maintain the subsidy for the beneficiaries listed above, while the remainder is intended for other measures.

Another point that Meloni underlines is that of decrease the times in which a person can refuse a job (to date we are two possible nos before losing the subsidy). In this regard, however, an attempt is also being made to modify a further element, namely the proposed employment it will have to be more akin to the ability and competence of the individual.

Finally, it is believed that a incentive to training, accompaniment and refresher courses for all those who are able to work.

Hypothesis on the future of citizenship income

With the establishment of the new Meloni government, there were only three future roads for Citizenship Income:

There are still too many families in serious economic difficulty and therefore support from the state is needed, which has only been confirmed for 2023.

Hijacked decay with only one refusal in 2023

With the interview with the undersecretary Claudius Durigon new indiscretions arrived on the Citizenship Income of the Meloni Government, then confirmed.

How will the time steps for the maturity of the income work?

Basically the idea is as follows:

Basically in the last phase the earner will receive 50% of the initial sum.

The goal is to save 3 billion at the end of the course with which to finance Quota 102 for early retirement, in order to free up new jobs.

The definitive stop from 2024, but the 5 stars are pressing

During the Council of Ministers of 22 November the definitive STOP to the Citizenship Income has been confirmed starting from 1 January 2024. A controversial provision that even Lega and Forza Italia did not believe in, but strongly desired by the Brothers of Italy.

However, the 5-star movement does not fit: they will fight in all institutions and squares.