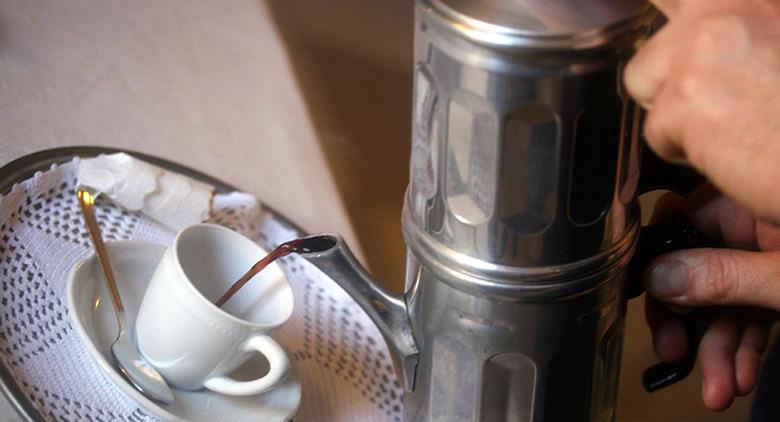 The history, characteristics and functioning of cuccumella, the traditional Neapolitan coffee maker.

Every true Neapolitan professes himself connoisseur and lover of coffee and of its preparation, paying particular attention to every little detail for what, for decades, is a real one modern art. Of course we talk about what to prepare at home and a respectable coffee must be prepared with the right coffeepot, the Neapolitan one: the so-called Cuccumella.

But what are his origins and what makes it so special?
Let's find out together, retracing the history of one of the indispensable kitchen utensils for a Neapolitan doc.

Before the current moka, which we all know, the Neapolitans used cuccumella, and someone still uses it today. It is about Neapolitan coffee pot par excellence and using it to perfection can make coffee unmatched.

First of all, information that few people know about its history is about the author of the invention. There Neapolitan coffee makerIn fact, it has no Neapolitan origins, but French. It was a Frenchman Morize, to create it in the 1819, but it did not take long for it to spread throughout Italy and, for decades, was the only tool used in our country to prepare coffee at home.

Initially it was made of copper, material then replaced by aluminum and its name is nothing but the diminutive of a Neapolitan term: cuccuma. It refers to a "copper or terracotta vase" in which water is boiled and, in turn, derives from the Latin "cucuma", ie the pot (a particular type of pot).

Characteristics of the Neapolitan coffee maker

Moving on to the appearance more technical, we must say that cuccumella has a very particular shape and consists of the following four elements:

What are the steps to use these four elements and prepare a good coffee? Let's find out together.

Prepare the coffee with the cuccumella

The coffee prepared with the cuccumella is more intense and round espresso made with mocha, while the aroma will be less intense.

To prepare a perfect coffee with cuccumella it is necessary to follow a few simple steps, paying attention to right amount of water and coffee, but also to the time of ascent of boiling water.
Furthermore, we must not forget the secret of using the cuppetiello, as also the teacher Eduardo De Filippo told us in his comedy These Ghosts.

In our coffee article, you can read in detail how to prepare it with cuccumella.

The moka was invented by Luigi De Ponti and Alfonso Bialetti in the 1933 and then produced all over the world and, unlike the cuccumella, has one octagonal shape. Its name derives from one city ​​in Yemen called Mokha, renowned for the production of quality arabica coffee.

The idea was born in Bialetti observing his wife use one washing machine call lisciveuse (from the name of an economic detergent diffused at the time) whose operation through a tube gave him the cue for the machine.
The moka is composed of a kettle with a safety valve, a dosing filter and a superior jug ​​(or binder). Although not strictly in the Neapolitan tradition, it has now replaced the cuccumella in almost all the houses.

Festival of the Kiss | Pay with a kiss, pay a coffee with a kiss in Dietro Antignano

Francesca Michielin in concert at the Hart theater in Naples ...

Nauticsud 2016 in Naples: discount at the entrance with ANM tickets ...