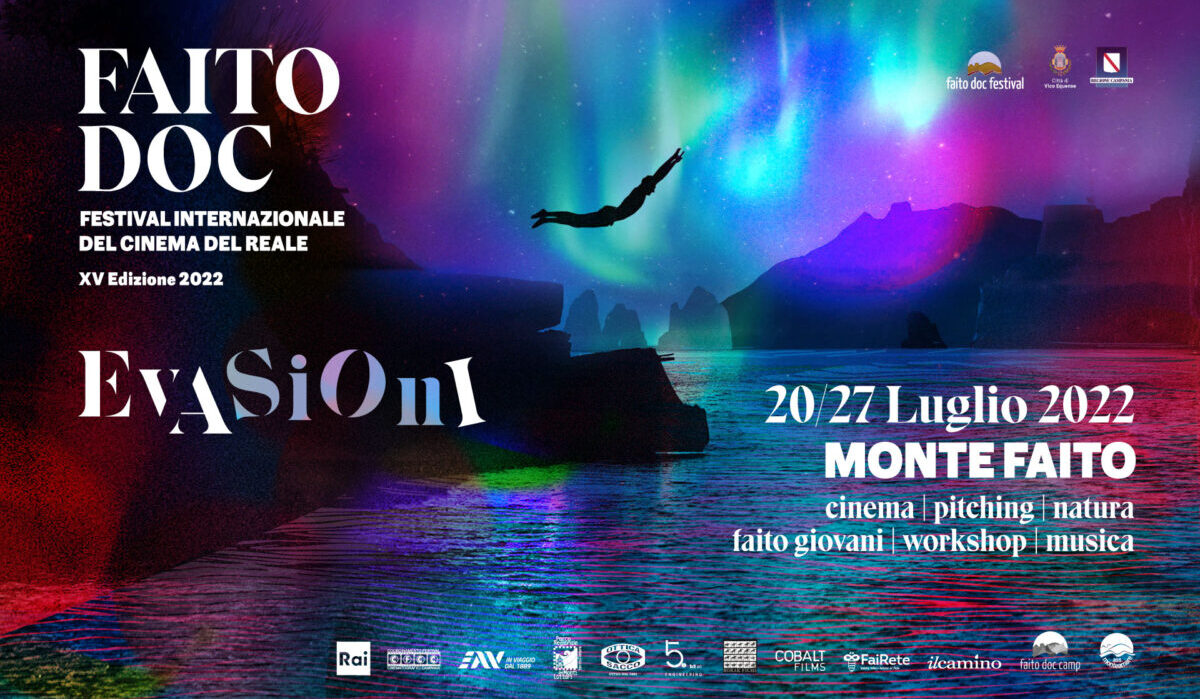 From July 20th to 27th 2022 on Monte Faito in Vico Equense, in the province of Naples, the fifteenth edition of the highly anticipated review will take place Faito Doc Festival in the marquee "House of Cinema".

Completely immersed in the green of nature, guests will attend to well 50 projections from 27 countries, including short films, feature films as well as meetings, workshops, exhibitions and walks.

The central theme of this new edition will be Escapes, it will therefore be an opportunity to investigate together, through cinema, the changes in our society.

The opening night will be dedicated to Pier Paolo Pasolini, Andrej Tarkovski and Benjamin Fondane, as well as the presentation of “The Jump” by Lithuanian director Giedrė Žickytė.

All the works in competition will be judged by two popular juries, two international, of which one will be composed of 9 young people, while the other by different professionals, such as:

An interesting novelty has also been added to this year's program: the Faito Doc Pitching, a way to promote new talent. These will be followed by Massimo Iannetta, Amel Bouzod, Alexandre Cornu, Edoardo Fracchia, Simone Fenoil.

The also returns Living Library, an event which will also be attended by some residents of the rehabilitation therapeutic center for the treatment of pathological addictions "Il Camino".

Space also for young people, with 9 students from the Academy of Fine Arts of Naples who will create a work of Land Art.

Then again the Young Faito, a workshop for children aged 7 to 17 e Doc Now! With interviews with important directors.

There will be naturalistic and artistic walks. For more information on the program visit the official website.

Information on the Faito Doc Festival

Monte Faito
Work with us
[ajax_posts]