HomeEventsFeast of San Gennaro 2020 in Naples: lights and other events
Events

Feast of San Gennaro 2020 in Naples: lights and other events 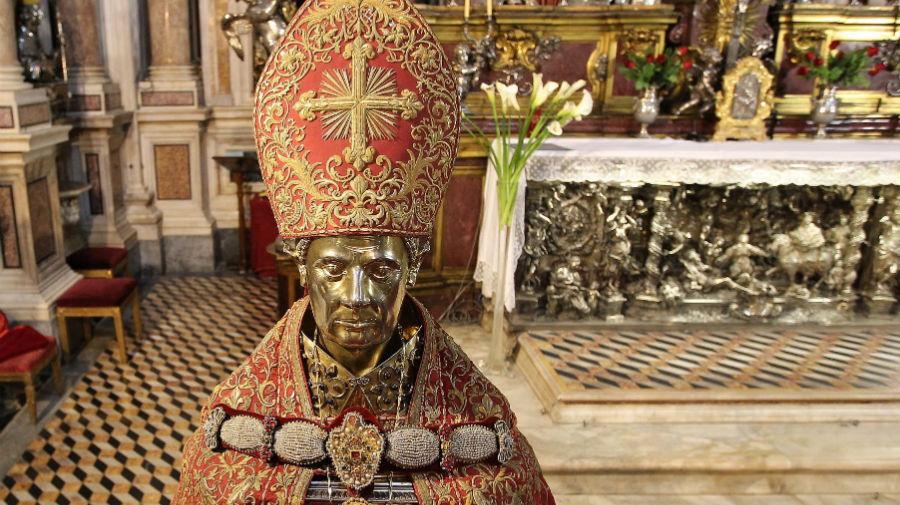 Unmissable appointment with the Feast of San Gennaro 2020: 18 days of lights and other events to pay homage to the Patron of the City!

As per tradition, the appointment with the Feast of San Gennaro, the patron saint of the city of Naples from 11 to 28 September 2020, with a full program of events.

Also for this year, like the two previous years, there will be the installation of the lights Naples Chamber of Commerce.

The lighting of the lights will take place today 11 September 2020 at 19:30, with a ceremony in the churchyard of the Cathedral of Naples attended by the Metropolitan Archbishop, Cardinal Crescenzio Sepe and the president of the Chamber of Commerce of Naples, Ciro Fiola.

Via Duomo it will be a riot of lights and for the occasion also via Vicaria Vecchia in Forcella and via San Biagio dei Librai will be invaded by lights.

The party for this year will certainly be special, because due to the restrictions imposed to limit and contain the contagion of the Coronavirus, many people nthey will not be able to participate in the suggestive miracle of San Gennaro.

In fact, Saturday 19 September only 600 people will be able to witness the suggestive miracle, of which 200 inside the Cathedral, 300 in the churchyard and 100 in Santa Restituta, the event can also be followed on channel 21 and TV 2000. In order to participate, you must send an email to the address indicated in the information mirror.

In addition, the Cathedral will be open from 09:00 to 19:00 and it will not be possible to kiss the case but it will still be on display.

Shows the Sense of the Sacred - Third Edition

The exhibition will be inaugurated on 14 September at 18:00, with the presence of Cardinal Sepe The sense of the sacred, whose subtitle will be Suddenly another world, to remember the health emergency and the particular experience that we are still called to live today. It will be set up by the Palatine Chapel of Castelnuovo (Maschio Angioino) and will involve 60 artists.

The San Gennaro prize reaches its 17th edition and will take place on 2020 September 18 at 30:XNUMX pm in the episcope. The award will be given to personalities who have distinguished themselves in the professional, cultural, social fields, honoring Naples and Campania.

On 18 September at 18:30 a relay of ceremonial torches it will cross all the most important places for the life of San Gennaro: the Solfatara di Pozzuoli where he was beheaded, San Gennaro ad Antignano where the first blood prodigy occurred, the catacombs of San Gennaro up to Via Duomo where Cardinal Sepe will light with the torches the lamp in front of the patron saint and which will burn for the whole year.

From 18 to 27 September you can take part in the race for San Gennaro. It will be a distance race, everyone can run from their home country, in parks, gardens or on their own terrace even for just 100 meters. You will need to register on the following place and you will receive a certificate of participation from the Italian Sports Center.

Conservatory concert in the Cathedral

The traditional Concerto in honor of San Gennaro by the Conservatory who will perform in the Cathedral. All anti-Covid 19 safety regulations will be respected both for orchestral players and for the public. The appointment is for 23 September at 20:00.

A relay race in honor of San Gennaro that will start from the churchyard of the Cathedral on Sunday 27 September at 09:00, the start will be given by Cardinal Sepe.

Information on the Feast of San Gennaro

Where: Via Duomo, Naples

Timetable: starting from 09:00, consult the program 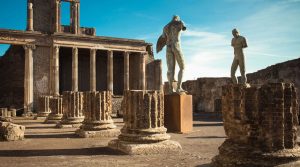 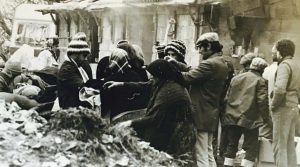 MANN in Naples, preview of the exhibition 40 years after the earthquake

3M bus in Naples: the line that connects MANN, ...

Free guided tours of the Roman thermal baths in via Terracina in ...