After much discussion and long waits, finally the complete program was officially publishedThe Universal Forum of Cultures 2014, which will involve not only Naples, but also the other provinces of Campania.

As perhaps many people know, the Forum of Cultures, originally conceived by the Fundaciòn Universal Forum of the Cultures in Barcelona and promoted by UNESCO, is an event that is periodically hosted by a different city and has as its core the dialogue between peoples, cultures, languages ​​and religions with the aim of promoting human, sustainable and peaceful development.

The first edition took place in Barcelona in 2004, before being hosted in Monterrey, Mexico, 2007 and in Valparaiso, Chile, in 2010. The edition of this year will totally involve Naples and the Campania region and the inauguration ceremony was held in November 2013. This fourth edition it will not be promoted only by the Municipality of Naples, but also by the Municipalities UNESCO sites of Caserta, Benevento, Pompeii, Herculaneum, Ascea, Paestum and Ravello. 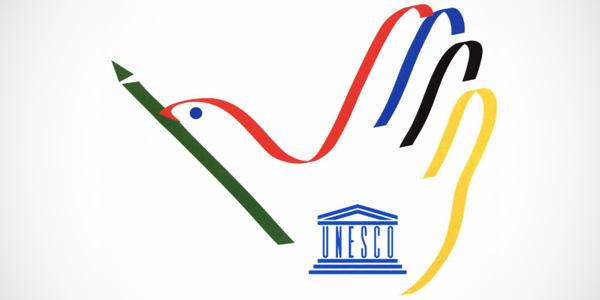 The program covers a very long time span, lasting as many as 6 months, and will start from May to end in December 2014 (and some events will fall even in January 2015).
Will 5 the universal themes on which it will focus: conditions for peace, knowledge, cultural diversity, sea, sustainable development, explained in detail below.

UNESCO sites in Campania will become locations for important events curated by authoritative intellectuals and scholars of various disciplines, experts in the field of humanistic and scientific culture, which will be the starting point for discussions and reflections on the themes of the Forum.

In the city of Naples there will be many places involved in the festival, including museums, theaters, libraries, squares, streets, cloisters, churches, castles, archaeological sites and monuments.

Below we propose some of the main events of the next 6 months, while the link to the complete program will be indicated at the end of the article.
We also remember that the first major event promoted and funded by the Forum of Cultures was the May of the 2014 Monuments.

In the Basilica of San Domenico Maggiore 117 works by Leonardo, Raffaello and Caravaggio will be exhibited, all in scalal 1: 1. However, these are digital reproductions that allow visitors to admire the most beautiful works of these three great artists. They will be reproduced on digital canvases and exhibited in a single environment. From the April 21, in addition, the exhibition has been enriched by Leonardo's 5 machines, reconstructed following faithfully the original designs of the great engineer.

When: until 31 May 2014, with renewal from 1 June to 31 August 2014
Where: Basilica San Domenico Maggiore, Naples
Prezzi: whole 5 euro, reduced (from 6 to 12 years) 3 euro, free organized school groups
For more information, read the our dedicated article 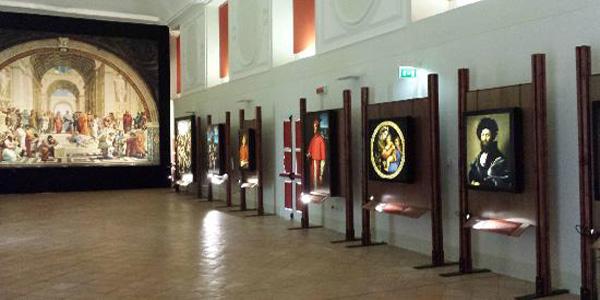 On the occasion of the thirty years since the death of the great Eduardo, there will be a rich program of exhibitions, theatrical performances, conferences and dialogues to pay homage to him.
In May, the National Library of Naples will dedicate one of its rooms, where the Eduardiano Fund is kept: documents and handwritten texts donated by the family. The San Carlo will pay tribute to him with his own body of dance, in a production that will take place at the Teatro San Ferdinando with the show Eduardo magical artist.

Where: National Library of Naples, Real Teatro di San Carlo, San Ferdinando Theater, Teatro Mercadante
When: from the 1 May 2014 to the 31 October 2014

In May it will also be possible to discover one of the most characteristic historical centers of the Campania region, that of Benevento. Thanks to guided tours in the buffer zone UNESCO, it will be possible to immerse yourself in the suggestive province of Campania and to participate in events, shows, exhibitions, events and meetings of Slow Food.

When: until the 22 June 2014
Where: historical center of Benevento

The theme of the Festival is critical consumption, with the aim of raising awareness on the tragedy of the ecomafies and the consequences they cause. At the same time, we want to deepen the theme of the defense of our planet, through meetings between laity and believers.

"Fanfare and musical bands of the city and the various Italian and foreign military corps will play together peace in the streets of the historic center of Naples, UNESCO heritage, and in the most emblematic places of the city, involving citizens and tourists."

Dialogues on the Mafias

A series of dialogues focused on the theme of the fight against the mafias, not only Neapolitan or Italian, but all over the world. We will talk about organized crime and juvenile crime and the ideological-symbolic aspects of the worldview that feeds the mafia cultures will be studied in depth.

The city we need

Organized by UN-Habitat, the United Nations Agency for Human Settlements, this event follows the outcome of the debates of the seventh session of the World Urban Forum organized by UN-Habitat in Medellin, Colombia from 5 to 11 April 2014 and "Will represent another important step in the process of involving the global community of urban actors in the debate towards the definition of the New Urban Agenda and the strengthening of international partnerships for the future of our cities". The aim is to bring together urban thinkers', philosophers, writers, journalists, bloggers, designers, designers, programmers and web designers, managers, information managers, innovators, marketing professionals to discuss the best ways to rethink the urban fabric modern and guarantee a better quality of life for everyone.

The way of Being Elea Velia

The theatrical evenings at the Acropolis of Elea-Velia will be a series of meetings to represent the famous Dialogues of Plato. The topics covered will be the idea of ​​the philosopher and philosophizing (Menone, Repubblica, Gorgia, Fedro, Teeteto); violence and justice (Gorgia); the eros (Symposium); the path of research and criticism: Parmenides and the philosophers of Elea (Parmenides, Sophists). At the end of the evening, there will be speeches by some specialists of the philosopher. 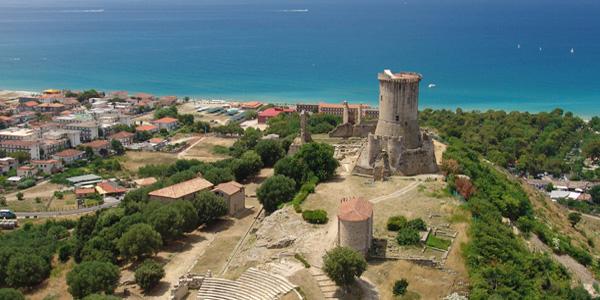 IV edition of the Process to history and myth

In the archaeological area of ​​Velia, in Ascea, the Clytemnestra trial will be staged thanks to the organization of the leading experts in the sector, including constitutional judges, lawyers, chancellors of the Italian forum. Thus, the IV edition of the Process will be inaugurated in history and myth.

When: August 8th, 2014
Where: Archaeological area of ​​Velia, Ascea (Salerno)

It is a constitutive project of the Universal Forum of Cultures and is organized every year by the Fundació Fòrum Universal de les Cultures. Thanks to the collaboration of the United Nations, a hundred young people from ten cities around the world are involved each year who have been at the center of social, cultural, economic conflicts or, on the contrary, distinguished themselves for the diffusion of solidarity policies and development cooperation. Cities, therefore, feel willing to share their experiences and manage local projects. There will be meetings with experts, interactive workshops and "Ex Campisti Reporters" (for the creation of a report by young Neapolitans, on this edition).

It is an exhibition that shows the most important works of the Naples Angioina and that will be held at the Museum of the Treasure of San Gennaro. Our museums and churches still preserve precious objects that belonged to those years like "masterpiece of the French goldsmiths of the court atelier of Charles II, master Etienne, Godefroy, Milet d'Auxerre, Guillaume de Verdelay, the reliquary bust of San Gennaro (1304-05) which is still in the Chapel of the Treasure of the Saint ".
For the first time all these objects will be exhibited together to tell the Naples Angioina.

Festival of memory: the past seen with the eyes of the future

Curated by Ciro Cacciola, Director of MAV Virtual Archaeological Museum, the event will take place at the Public Park of the archaeological area of ​​Herculaneum. The inauguration will be held in mid-September, in the presence of the authorities and institutions, and the aim will be to raise awareness on the fundamental importance of our past in order to better live the present and not repeat the same mistakes in the future. There will be music and dance shows, dialogues, debates, exhibitions, film screenings.

When: from 17 September 2014
Where: Public Park of the archaeological area of ​​Ercolano

The Beautiful or the True. Neapolitan sculpture of the late nineteenth and early twentieth century

Organized by the ANCI (National Association of Italian Municipalities), a meeting between the main figures of the Mediterranean to discuss peace in the Middle East, Arab springs, equality and intercultural dialogue. The program is still under definition.

Currently, for these two months, the scheduled events are the already mentioned "Il Bello or il Vero. Neapolitan sculpture of the late nineteenth and early twentieth century "and" Ori, silver, gems and enamels of Naples Angioina, 1266-1380 ".

When: from 1 May to 31 December 2014 (with some events in January 2015)
Where: in Naples, in the other provinces of Campania and in the UNESCO sites of our region
Programme: you can read the full program of events on the site of the Universal 2014 Forum of Cultures 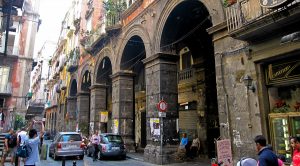 Memory of the future, the streets of the Presepiale dell'Arte in Naples