Hamsik leaves football: the farewell party will be in Naples 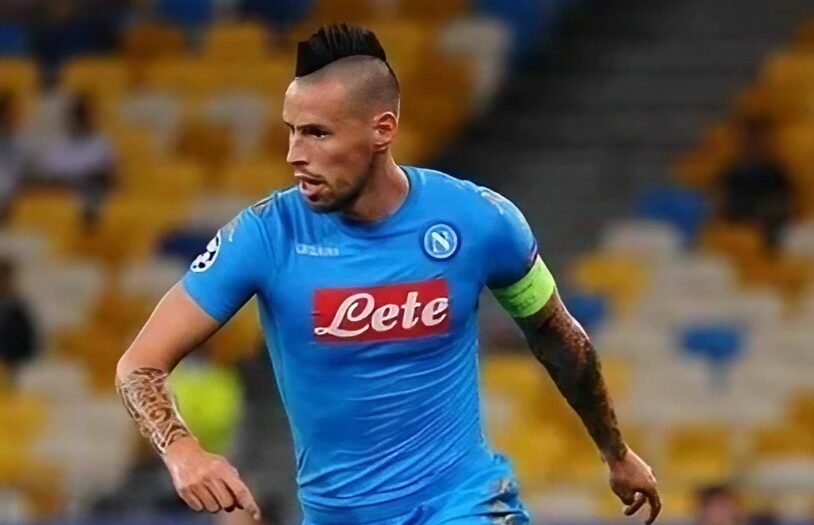 One of the names to which Calcio Napoli and the city of Naples are most closely linked is that of Marek Hamsik. A player who literally put his signature on the Napoli of the relaunch, the Napoli of the revenge, the Napoli that stretched out its arm and pulled itself out of the mud, paving the way for Napoli to win the 22/23 Championship.

Marek Hamsik and the relationship with Napoli

Born in 1987, well 12 seasons, a life as a sportsman, all with Napoli and of these 6 as captain. On his shoulders 2 Italian Cups and an Italian Super Cup.

Record holder in terms of presence with the blue shirt and best young player of 2008.

It was in 2007 that Hamsik inaugurated his Neapolitan career and he will remain there until 2019, when he will leave the club for Dalian Yifang, a Chinese Super League team.

Marek Hamsik in Naples in numbers

The farewell to football: "Soon I will be 36 years old and I would like to have a football farewell party in Naples."

Nearing his 36th birthday, Hamsik feels close to retirement which continues, meanwhile, with Slovakia.
But Napoli is still there, in the heart, ed it is in Naples that Hamsik wants to say goodbye to football and is already in contact with De Laurentiis to celebrate him according to a statement left to Canale21.

I'm fine and I'm waiting for the last games with Slovakia. I don't know if I'm a monument of my country but I'm proud of what I've done with the national team. I will continue to play with my club before the farewell but I'm not thinking about it yet. I'll be 36 soon and I'd like to have a football farewell party in Naples.

It's a nice effect to have played a lot with the Napoli shirt and it won't be easy to equal me. The best moments are the first Coppa Italia which was a great celebration, but I have so many beautiful memories and it was worth it. Nobody expected a Naples like this after the farewells of important players. Kudos to the company that found the right replacements.

I can't say if this break will do Napoli good or bad, but the Azzurri can recover a little after so many games, but if he were to start again as he finished, it will be very hard for his pursuers. I really like Osimhen as a striker because he is a complete striker and the award he received deserves it. Micheli and Spalletti asked me about Lobotka and everyone believed in him, he has found the right serenity and spirit and is doing very well.

We are working with mister Calzona to be prepared for the next commitments. Every coach gave me so much from Reja that he became my dad because I was young and believed in my ability and always let me play. With Sarri I really enjoyed a lot.

Now the players are different but even these are not strong. I have had many strong companions. Cavani and Higuain were extraordinary. Edinson had a unique meanness. Many Slovaks have visited Naples, first with fear and then they fell in love. With De Laurentiis we promised to hear from each other when I stop for a possible future at Naples.

I don't know if Naples are the strongest in the De Laurentiis era, but the club is doing a great job and they can certainly win the Scudetto.

This summer I will be back and I hope to celebrate together with all the Neapolitans. A huge greeting to everyone and always go Naples.