The Little Prince at the Royal Palace of Caserta, the exhibition on the life-size work of Sanmartino 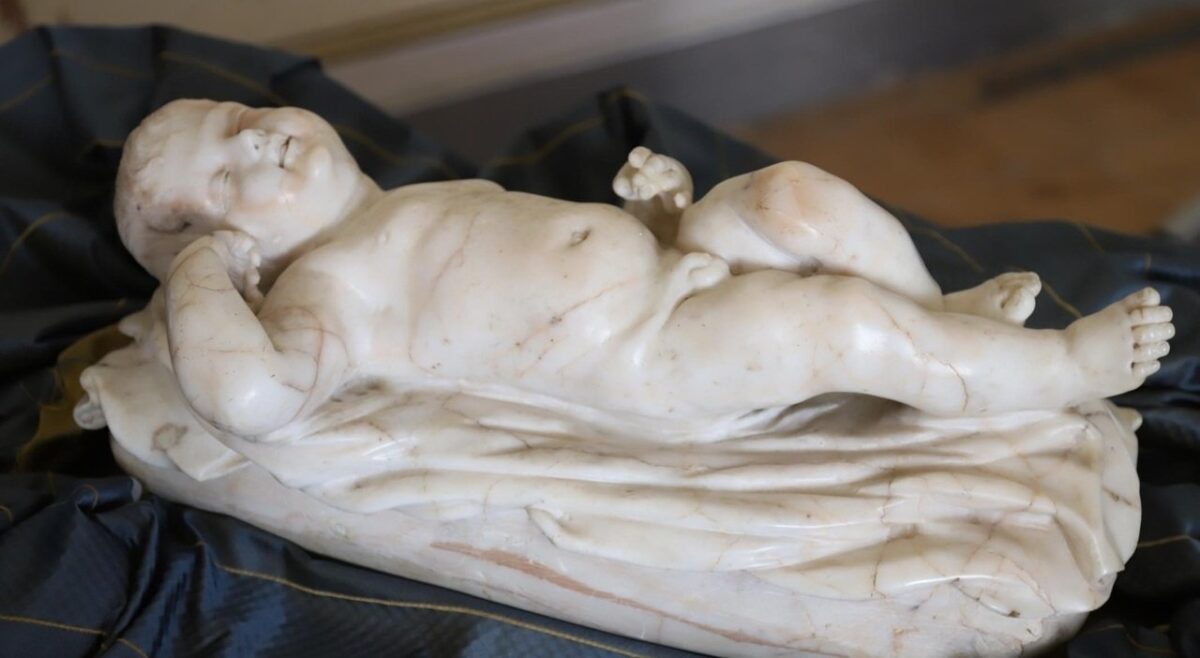 The exhibition is realized thanks to Friends of the Palace and will be open to visitors at the Palatine Chapel of the Royal Palace. At the center of the exhibition there will be a beautiful life-size work depicting the Royal Infante Carlo Tito di Borbone, the eldest son of King Ferdinand IV and Maria Carolina of Austria.

The story of the wonderful work

The work that appears to belong to the collections ofThe Royal Palace of Caserta as early as 1879, it was built for the queen Maria Carolina, the latter in fact, decided to commission a Giuseppe Sanmartino, the author of the Veiled Christ, a work as a vow of grace for having given birth to a male child that would have ensured the dynastic continuity of the Bourbon on the throne of Naples.

This life-size portrait made by Sanmartino, was later translated into silver to be dedicated to Francesco di Paola, the saint to whom Maria Carolina was very devoted.

Subsequently, the ex voto was lost and consequently the original work was also considered lost, until it was later found in the collections of the Royal Palace.

The works exhibited at the exhibition

The exhibition will present approx 26 works of art deriving from Italian museums and private collections. Among these there will be works belonging to Liani, Celebrano, Diano, Dischetti and Batoni.

There will also be one digital section, where you can admire works preserved in foreign museums such as the Portrait of Ferdinand IV and his family by Fran L'under of the Kunsthistorishes Museum in Vienna and many others.

You will have the opportunity to admire enlarged details of the Portrait of the Real Infante in detail, comparing it to other works belonging to Sanmartino.

Information on the Little Prince alThe Royal Palace of Caserta

Are you looking for something in particular?
palace of caserta
Work with us
Load More