The Casa della Gemma opens in Herculaneum, a treasure of the Archaeological Park 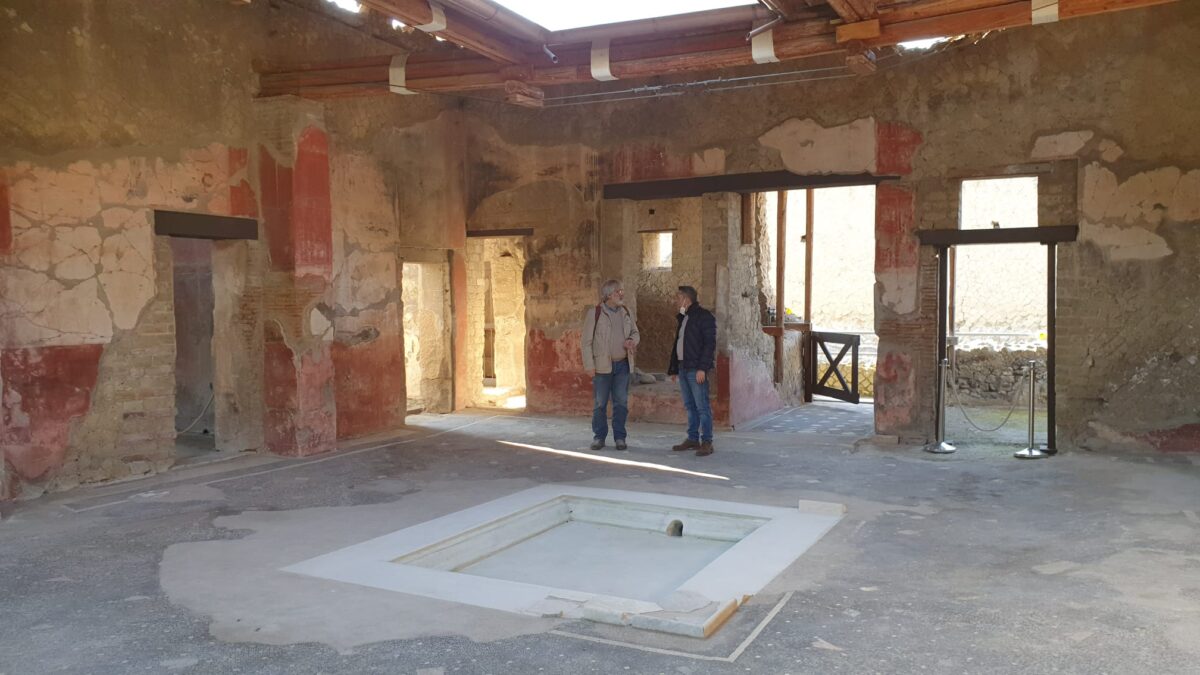 Il Ercolano Archaeological Park costudisce a real treasure that starting from 26 March 2022 was open to the public and therefore can be visited.

We're talking about House of the Gem, it is a Roman house that was buried during the eruption of Vesuvius in 79 AD Its name is not accidental, in fact it was chosen because during the excavation work inside the house a gem was found with the image of Livia.

However, it seems that the gem has been attributed wrongly to this house, because it belongs to the House of Granianus, which in ancient times was part of a single large domus that overlooked the sea.

The beautiful mosaics of the house

Thanks to the restoration work carried out in the Archaeological Park of Herculaneum, one of the most important residences of the site has been brought to light: House of the Gem.

The property is famous for the floor mosaics which it preserves inside in addition to the wonderful plasters. In particular, the mosaics cover most of the floors, both indoors and outdoors.

The works that have allowed us to make House of the Gem open to the public again, they were carried out precisely on the mosaics, especially for damage caused by atmospheric agents and environmental factors. The various mosaics were subjected to disinfection and reconstruction treatments of some portions, in this way it was possible to recover the wonderful central decoration, divided into 21 geometric boxes.

When to visit the Casa della Gemma

Casa della Gemma, in the archaeological site of Herculaneum, will be open to the public tutti i giorni, except Wednesday as a closing day, from 09:30 to 13:00. Access to the facility is possible for a group of up to 20 people at a time.

Information on the House of the Gem

Are you looking for something in particular?
excavations of Herculaneum
Work with us
Load More