Maneskin, the double wedding video to celebrate the new album 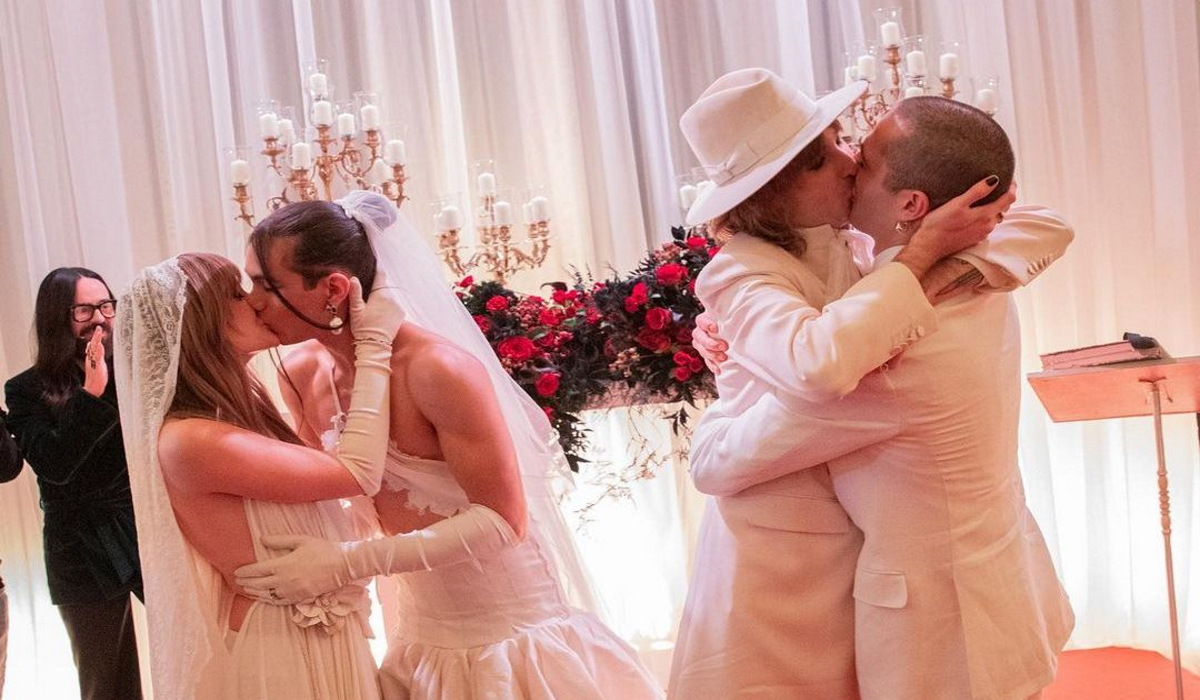 The Maneskin, to celebrate the release of Rush, their new album, unite in a double wedding. But not all fans like this gimmick, including those who have followed them the longest.

I Maneskin we are getting used to more and more out of line behaviorbut the latest gimmick they have put in place for celebrate the release of Rush, the new album, maybe it's really (too much) out of line.

Damiano David, Victoria De Angelis, Thomas Raggi and Ethan Torchio in fact they celebrated a wedding for four, complete with white dresses and two of them impersonating the brides, while the other two interpreted the bride and groom.

The gimmick, which has no legal value and which was organized by Spotify to announce the release of their record, was celebrated by Alessandro Michele, former creative director of Gucci, who also oversaw their looks.

The Maneskin wedding, not all fans liked the publicity stunt

Needless to say, the publicity stunt took place as if it were real wedding, complete with a white limousine and many VIPs invited to participate in the happy event, but not all fans liked it.

On social network of the Maneskins, especially on Instagram, many fans of the rock band have expressed their doubts, but the fiercest criticism they came by longtime fan, who loudly said that i Maneskins have changed:

“What the fuck happened to you, my goodness.”

“It just seems silly to me. There was no need to go down to these levels. hmm”

“What a bunch of picks…”

And other decidedly heavier comments, also in English, which we prefer not to bring back to me.

For some fans it seems that success has done like the beer and went “a little too hard” to the head of the Maneskin. What do you think instead?

Maneskin: here is the censored video at the MTV award win