Manga Heroes at MANN: what to see at the exhibition that blends Japanese with local antiquity 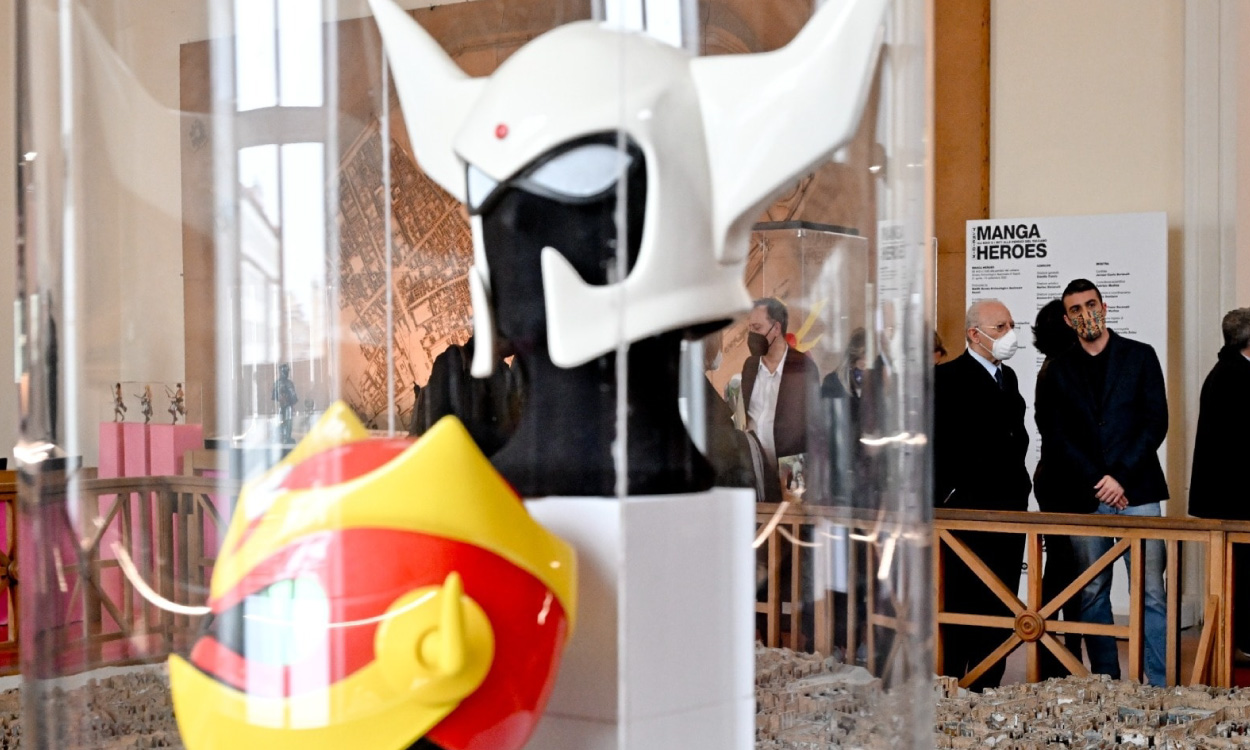 On the occasion of the long-awaited Comicon 2022, National Archaeological Museum of Naples hosts a particular exhibition dedicated to the Japanese theme. In collaboration with the J-POP Manga publishing house and the Comicon comic book fair, the exhibition "Manga Heroes. The heroes and myths on the slopes of the volcano". A fusion of ancient history with the famous masterpieces of Japanese art.

A connection between two worlds: the Volcano and the Fuji

This project had never been presented before, edited by Jacopo C. Buranelli, who had the original idea of approach two worlds far apart. Such as ours Volcano and the Japanese landmark, the Fuji: the highest mountain in Japan.

Although two incredibly different countries, in some way this exhibition tries to bring them together using an exclusive point of view that winks at the trends which in recent years is mounting even among young people who is no longer just dedicated to a niche of enthusiasts: i manga. The manga, in the mother earth, has an incredibly significant value and is not just a simple comic, in fact it is one of the main sectors in the Japanese publishing industry. Through this tool, in fact, Japanese history, culture, philosophy and even Japanese innovation are told.

"Through the Manga Heroes exhibition, visitors to the MANN will be able to immerse themselves in a cultural horizon that unites Vesuvius and Mount Fuji. The Pompeii model room will host the heroes of Japanese comics and animation in dialogue with the exhibits, deepening the link between the myths of the past and the legends of contemporaneity "- Jacopo C. Buranelli.

A post shared by the Archaeological Museum of Naples (@museoarcheologiconapoli)

Manga Heroes: what hosts the exhibition at MANN

A percorso where there are approx 130 works dedicated to heroes of Japanese manga compared with characters of antiquity. You can find original tables, statues, animation cells, helmets, toys and rare items.

The works take up the famous armor reminiscent of those of the gods Knights of the Zodiac (Saint Seiya) and of course they also bring to mind the helmets of Magna Graecia and those of gladiators. The works also take up a past point of view that is mixed with a futuristic vision.

The exhibition is divided into six sections:

What is the goal of this exhibition?

The MANN explains it:

Manga Heroes right in the Pompeii room, underlining the connections between manga authors who were inspired by the image of the volcano to tell their own stories, but not only. Helmets reminiscent of the helmets of Magna Graecia, mythological armor, rare and exclusive collectibles that will unite the threads of a network of connections, inspirations, suggestions capable of making the visitor experience a true immersion in the universal global culture: that of the hero , of his challenge to nature, destiny, history.

Works such as: Super Robots Grendizer, Mazinger, Jeeg, Voltron that flank our own Scilla and Cariddi and to the famous armor like that of Hephaestus. And there are still references to the legendaries Pokémon reminiscent of the gods of nature typical of Roman mythology.

There is one of the central points of the philosophy of Japanese comics, that is Osamu Tezuka with his works that take up a concept as banal as it is fundamental, expressed through his unique trait in the world: the search for oneself and one's own nature within the world, history, humanity.

These are some examples of the messages and works conveyed by the Manga Heroes exhibition.

Discount for those who participate in Comicon 2022

The exhibition will be active well beyond the duration of the comic fair, from 21 April 2022 to 19 September 2022. COMICON 2022 they will pay the reduced admission price, ie 7.5 euros.

At The National Archaeological Museum of Naples (MANN)

Are you looking for something in particular?
National Archaeological Museum of Naples
Work with us
Load More