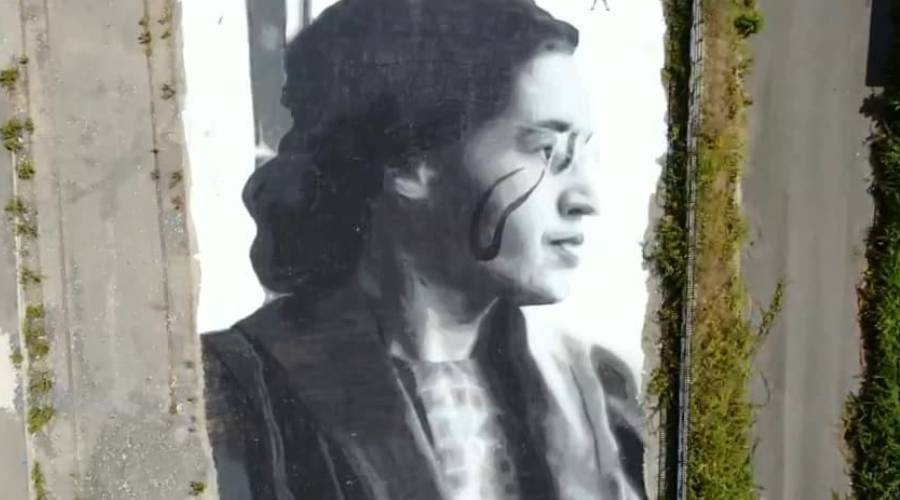 The great artist Jorit gives to the city of Naples a new e extraordinary murals this time dedicated to Rosa Louise Parks, a key figure in the civil rights movement.

The protagonist of this new and incredible work became famous for having refused in 1955 to give a seat on the bus to a white citizen, thus initiating a bus boycott in Montgomery.

We recall in fact that the artist Jorit has dedicated many of his works to racial struggle, thus wanting to underline the importance of this concept.

The largest work ever made by the extraordinary artist Jorit, depicting Rosa Louise Parks, is found on the walls of the Eav workshop in Quarto, in the province of Naples.

This is a well mural 1500 square meters, for the realization of which the artist took only a month. It is in the clearing of the same workshop that fifteen years ago, in 2005, Jorit started with his graffiti, until he became the great artist he is today.

In the next few days EAV will, using a drone, build a video to make the new and extraordinary work visible to all, since the wall on which it is located is not visible to the public.

Are you looking for something in particular?
Jorit, room
Work with us
Load More