The inhabitants of the neighborhood Fuorigrotta I'm in a panic: helicopters have been constantly flying over the area for an hour (from around 14). Attention seems focused on the Viale Augusto 79, where the police surrounded the perimeter.

We contacted the 112 (the Carabinieri), but obviously they could not give us precise information. The motivation is not yet clear, but they advise us not to go to the affected area.

In any case, the police he is dealing with the issue very seriously as he monitors the area both by air and by land.

Some thieves they entered an apartment to make a shot. The bad guys knocked on the door exploiting the ingenuity of the young girl who, spontaneously, opened up believing that she was the mother.

After pointing a gun they tied her up to start robbing the house. The mother arrived after a few moments, but could not do anything: the thieves also immobilized her. Subsequently it was the same woman who attracted the attention of the neighbors with the screams and from there the alarm went off.

The bad guys escaped and the manhunt started!

We are waiting for official news.

The police are proceeding to interrogate some witnesses of what happened and to take a look at them surveillance cameras placed in the area. According to the latest news, the criminals have tied and gagged the two women, probably waiting for the girl's father, lawyer and Judge of Peace.

According to the robbers, who also asked the girl where the safe was, the judge would be responsible for the sentence 22 years of a member of their clan. According to the police, who is investigating this, it could be a mistake in person because the man's brother is a criminal lawyer and lives in Portici.

During this sort of interrogation to women, the robbers also stole valuables from the apartment and, after placing them in a pillow case, they fled. That's why the game startedchase with steering wheels and helicopters. (Source: The morning) 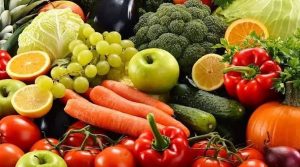 The largest farmer's market in the South opens in Naples 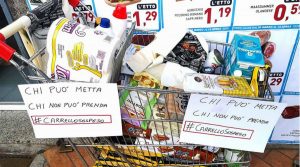 Cavani to the assignment, the mother speaks. El Shaarawy more ...