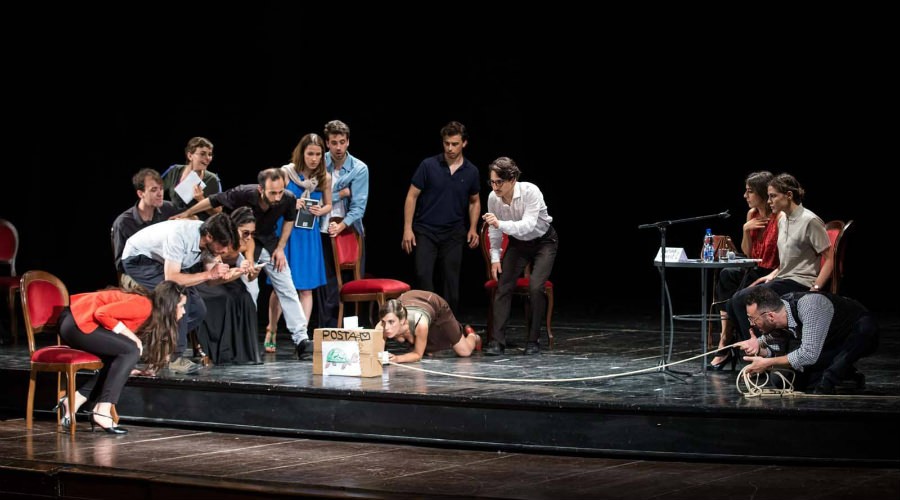 The Napoli Teatro Festival 2018 arrives: Italian and international companies will perform in 160 performances between dance, acting and music!

At the Teatrino di Corte of Palazzo Reale, a press conference was held to present the Naples Theater Festival 2018. The appointment with the eleventh edition of the event, this year richer than ever, is from 8 June to 10 July.

At the kermesse they will participate great Italian and foreign artists, for a total of well 85 companies that will bring staged 160 shows. To host the performances will not be just Neapolitan locations: they will frame various performances also there Palace of Caserta, the Cathedral of Amalfi and that of Salerno.

They will be proposed to the public 11 sections: among these, in addition to national and international ones, stand out dance, workshops, music, cinema and literature. On the stage there will be, among others, Alessandro Preziosi, Luca Zingeretti, Silvio Orlando, while the Foja and Enzo Gragnaniello will perform in concert.

With its action, this year the festival also supports the Pascale Foundation. To encourage participation and do not exclude anyone, it was decided to propose tickets at popular prices and further benefits for the weaker social groups.

The international section welcomes 9 productions that touch on very different subjects. Among the contributions are also those of France, Germany and Russia: on stage, unpublished works and classics by William Shakespeare - "Périclès, Prince de Tyr" - and Mikhaïl Baryshnikov.

In the Italian section, Lina Sastri will compete in "Medea per me" and we will see Silvio Orlando in "Si nota sullbrunire" by Lucia Calamaro. The project on Shakespeare by Lino Musella "Whi i the king?" Will also be presented.

8 performance for dance enthusiasts, with companies from Argentina, Italy, Belgium, Lebanon, England, Tunisia and France. The shows will be held at the Diana Theater, at the Amalfi and Salerno Dome and at the Royal Palace of Caserta.

The workshops aim to strengthen the relationship between teachers and budding talents. The meetings on the performing arts will be 14, reserved for 600 actors under 35 who will have the opportunity to grow up with great artists in the sector.

Among the debuts of the section stand out the "Song of the excluded" for Alda Merini, with Alessio Boni and Marcello Prayer, "Moby Dick" played by Alessandro Preziosi, "The Song of Songs and other stories" by and with Luca Zingaretti.

Numerous concerts scheduled, with local and foreign artists. We will listen to the notes of Leona Peleskova, gods Foja, by Enzo Gragnaniello and Solis String Quartet, but also by Andrea Bonioli Quartet and Javier Girotto and Raffaello Converso.

You can watch the work done by young students of the theater schools of the region and the directors of Silvio Peroni, Fabio Pisano, Giovanni Meola, Francesca Muoio, Adriana Follieri, Carmine Borrino and Tommaso Tuzzoli.

In the special projects there will be something for all tastes: from the Naples Strit Festival, meeting of street artists in the historic center, the art and civilization market in Santa Fede Liberata, 12 hours marathon on contemporary theater curated by Davide Sacco.

The Teatro Sannazaro of Naples welcomes Sportopera, curated by Claudio di Palma: the theme will be the agon theme. Scheduled exhibitions, shows, screenings, meetings and stories.

This section is symbolically entitled "Here". In the wonderful location of Villa Pignatelli at the Riviera di Chiaia, Silvio Perrella organizes the festival that also sees the participation of Peppe Barra.

Ten evenings are scheduled for the cinema section. The Palazzo Reale houses in its suggestive spaces the events dedicated, in this edition, to the unforgettable Vittorio De Sica.

In addition to performances, videos and installations, there are eight exhibitions dedicated to great personalities such as Tomasi di Lampedusa, Tina Pica, Patroni Griffi and Mario Martone.

To know the complete program of events, continuously updated, you can consult the official website of the Naples Theater Festival.

Information on the Naples Theater Festival 2018

Where: various locations in Naples and the other provinces of Campania 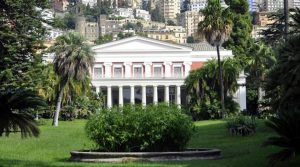 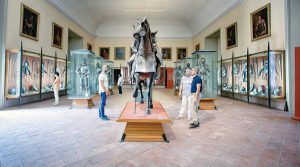