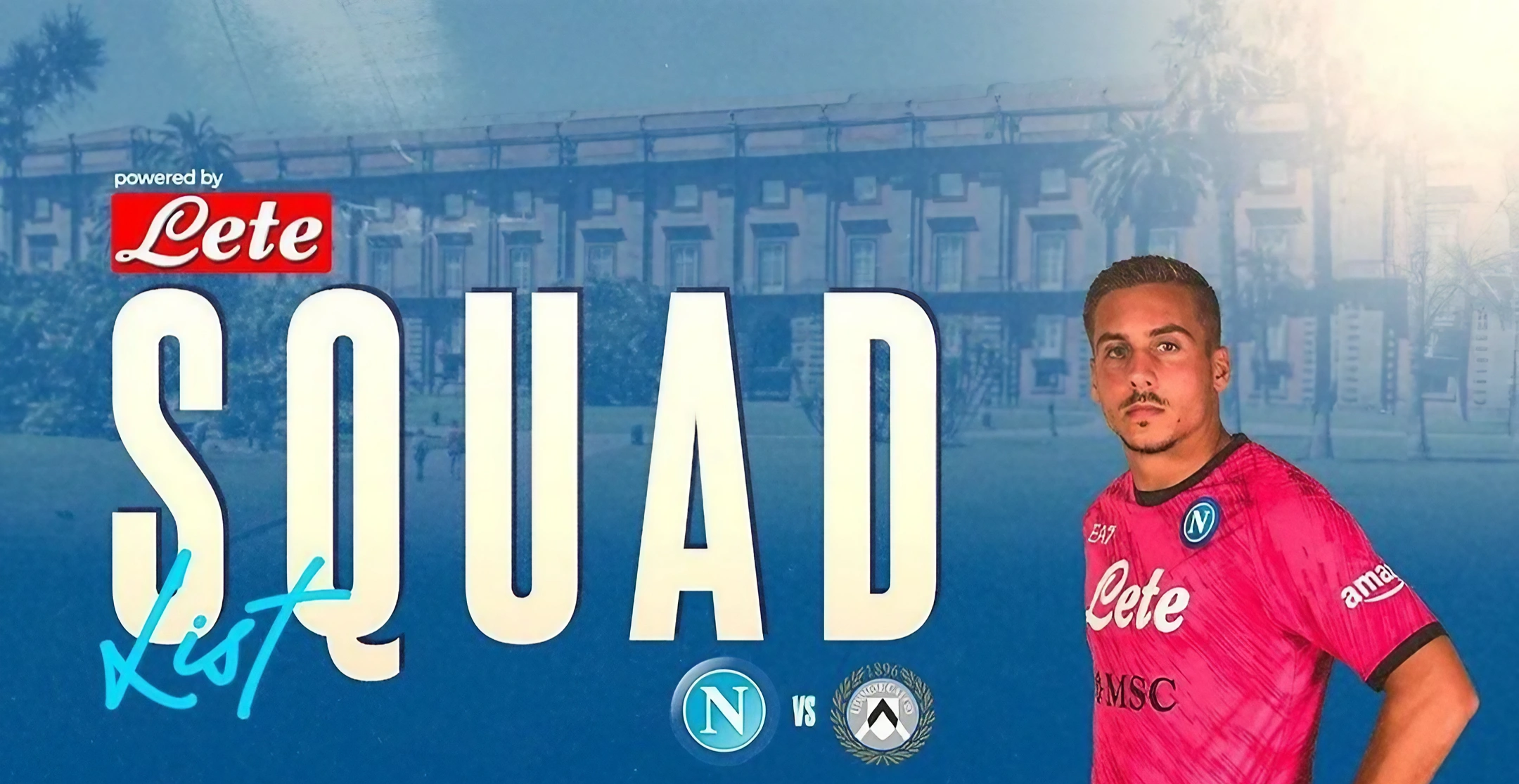 Napoli - Udinese, which will be played at 15:00 at the Diego Armando Maradona stadium, will be thelast championship game before the break for the Qatar 2022 World Cup.

The Neapolitans will try to bring home the 3 points to be able to continue keep at a considerable distance in the standings the other claimants to the title of champion of Italy. Udinese, on the other hand, will try to get out of a negative period that has seen them slow down considerably from the point of view of results.

To achieve their respective goals, Spalletti and Sottil they will have to deploy in the field the best formations possible.

Napoli's line-up in the match against Udinese is as follows:

Great absent Kvaratskhelia for a back injury.

Udinese's formation in the match against Napoli is as follows:

What to expect and the premises of Napoli - Udinese

Il Napoli arrives favorite at the match, but he doesn't have to let his guard down. Udinese, in the past, proved to be a tough team and able to sting when one least expects it. Also, Sottil's team saw a fabulous start to the championship and has only slowed down in the last few games.

Spalletti, therefore, will have to organize the team well on the pitch e don't take a win for granted. Games like the one against Empoli have taught us that any opponent can be difficult to penetrate.