Pamela Prati: life, career and scandals of the famous soubrette 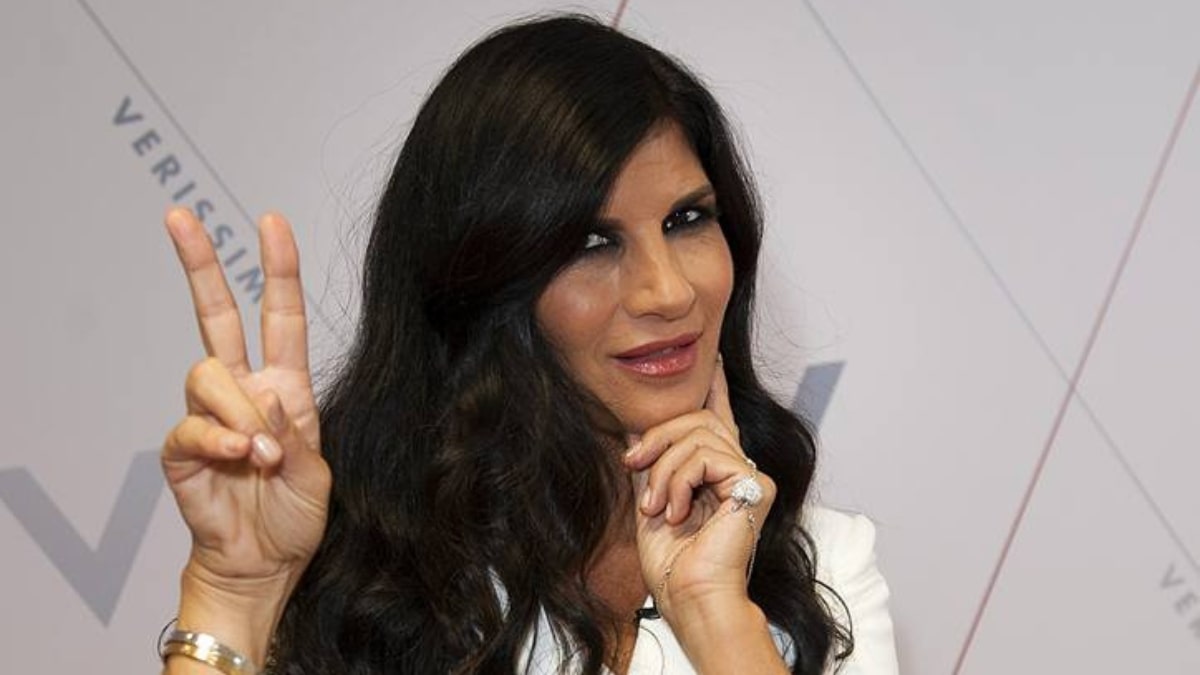 Pamela Prati is one of the most famous showgirls on Italian television that has become part of the entertainment world over the years Eighty. The roles assigned to her have always been from cousin donna and has been able to conquer millions of hearts, until the day of scandal in which it was excluded from any network. Let's get to know it more closely.

Where and when Pamela Prati was born

Paola Pireddu is the name in the registry office of Pamela Prati and was born in 1958, more precisely on November 26 in Ozieri, in the province of Sassari. On many occasions you have declared that you have spent a childhood difficile characterized by the absence of both parents. In fact, until the age of 10 she lives in a college of nuns.

Coming of age yes transfers in the capital to look for work and is hosted by her older sister.

Pamela Prati was one of the main faces of the television Italian, starting as a model, continuing as a film and theater actress and as a showgirl. But let's take it one step at a time.

La "vita" by Pamela Prati was not at all easy considering that she grew up in a boarding school of nuns and subsequently together with sister bigger. At the age of 18 he moved from his hometown to Rome where he found employment as shop assistant in a clothing store. One day, probably by chance, a photographer note its incredible beauty. In 1980 it appears on the cover of Adriano Celentano's album entitled "Un po 'artist un po' no" and from now on his popularity it increases day by day.

Same photo "Playboy" magazine wanted it and put it on the cover of the February issue. In the same year, Pamela Prati came nominated Playmate. But not only. The soubrette posed for the program in 1982 by Iveco and appeared naked in several issues of the "Playboy Italia" magazine.

The broadcasts of the 80s and 90s and the success with La you know the latest? and Seriously

The first appearances in television by Pamela Prati date back to the period as a model in a program called "Midnight Playboy" in the Telealtomilanese channel, but her peak period will be over the years Eighty e Ninety. In these years she is noticed by the Italian author and director Pier Francesco Pingitore which offers her a great role in the "Il Bagaglino" program.

In 1987 she appears as the first woman in Show "Biberon" which was broadcast on Rai1 and was part of it for three editions. Subsequently, in 1991 and 1992, we find it in "Crème Caramel".

The years in Mediaset

In the summer of '92 he gets the role of conductor next to Pippo Franco in that edition of "The last one" on Canal 5 and it will come reconfirmed in the next two seasons. Considered the success obtained as presenter, Mediaset proposes to her the conduct of another program in vogue at that time. We are talking about "Seriously" and she will be joined by Teo Teocoli for the 1993 and 1994 edition.

Two years later he will work with the late Gigi Sabani in the show "Re per una notte" broadcast on Italia1 and in the summer it will return to the fore with Pippo Franco in the variety "Under whom it touches". In the season between 1996 and 1997 he made his debut in theater with the show entitled "Welcome back catwalk".

The shows of the XNUMXs and the beginning of the decline

The soubrette was also one competitor of several television programs including the reality show "Il Ristorante", hosted by Antonella Clerici, "It can be done", with Carlo Conti at the helm and in 2016 she was one of the participants in the competition of "Grande Fratello Vip", at that time directed by Ilary Blasi. From this edition you will come disqualified for breaking the rules.

In 2018 his period of decline following a story she told and carried on for some time, to create one scandal.

From this moment no one will call her on television for a long time until GF Vip 22.

We are in November 2018 when Pamela Prati he had made him lose interest in his character. Hardly any of her talked about her anymore and she couldn't get any role in any program.

On his 60th birthday he releases an interview to the weekly Chi in which he announces that he has finally found the love. The man is called Mark Caltagirone, is a very famous entrepreneur and is 7 years younger than her. According to the soubrette, Mark comes from a Roman dynasty.

All newspapers start at speak of this great love and in January 2019 Prati announces that it would even be soon married. The wedding, however, would be not only imminent, but also secret. Also in the interview cited above, Pamela had stated that once she became Mrs. Caltagirone she would transferred with her husband in the United States and you would retreat from the scenes permanently. Thus comes the announcement of the wedding date, ie at the end of March.

The first doubts about the existence of Mark Caltagirone

But soon his own stories they begin to make water on all sides and one begins to think that what he is telling is all one buffalo. Many are firmly convinced of this also because there is none of man track. We agree that not everyone can and wants to be featured on social media, but they have never even been spotted together.

It therefore appears that Mark Caltagirone does not exist.

The lie collapses: Mark Caltagirone does not exist

Pamela Prati had two managers, as well as great friends, who answer to the name of Pamela Perricciolo e Eliana Michelazzo who always have it supported in this story. They even claimed that the entrepreneur existed, but that he particularly cared about his own privacy. The story told seems more and more invented until, in May 2019, Eliana bursts into tears in Barbara D'Urso's sitting room e admits that Mark Caltagirone does not exist.

She also says she was victim of a plan organized to perfection by Pamela Prati herself who would have convinced her to be accomplice of this story. Thus we arrive at the end of May, again in 2019 when Pamela Prati is invited by Silvia Toffanin to Verissimo. Here, empty the bag. In fact, she admits that the mysterious man is not never existed and that she would never even see him.

La fault it all ends up on the shoulders of her managers because the showgirl is convinced she was tricked.

On the other hand, her former friends have always claimed that they were accomplices, but not them architects of this story. The story ended in court, not only with Eliana Michelazzo and Pamela Perricciolo, but also with Mediaset.

From this moment, Pamela Prati has not only been removed from his own family, but also from friends and from Italian television. No program wanted it anymore.

At the end of the sixth edition of Big Brother Vip, Pamela Prati makes a appeal to Alfonso Signorini. In fact, she asks to give her a new opportunity in the reality show to try to return to being the first woman of the past.

The manufacturer welcomes his request and since last Monday, 19 September 2022, is a new competitor.

Curiosities and rumors about Pamela Prati

Pamela Prati she has always been considered a great woman of the entertainment world. She has in fact given her demonstration of his professionalism e resourcefulness. Let's look at some now curiosity about him that perhaps not everyone knows.

Are you looking for something in particular?
Pamela Prati, Celebrities
Work with us
Load More