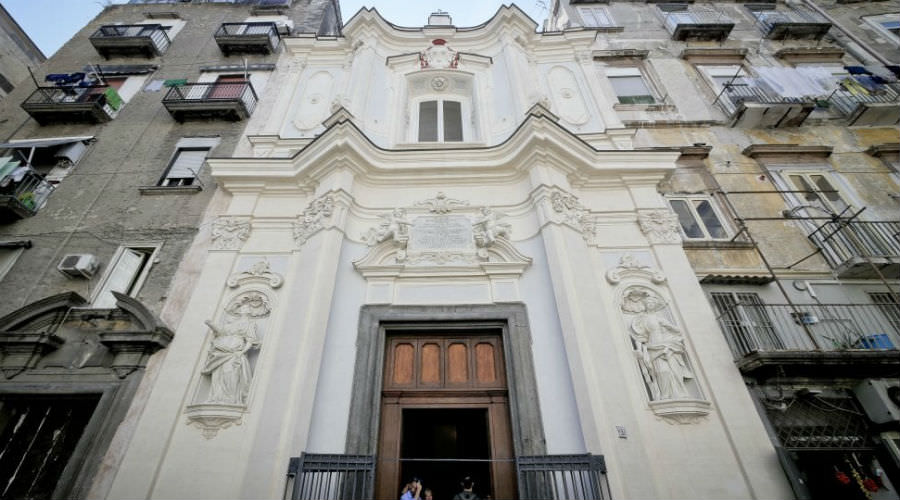 After 40 years reopen the complex of Santa Maria della Colonna in Naples thanks to the Unesco funds of the Great Old Town Project that allowed the work.

Il monumental complex of Santa Maria della Colonna in Naples, which is located in via dei Tribunali, was reopened to the public after 40 years, after the end of the long restoration work. I have been made possible thanks to the Unesco funds of the Great Project of the historic center of Naples and to the management of the Superintendency and, after two years, return to the citizens a jewel of the city.

The restoration and refurbishment works concerned the Complex in Largo dei Girolamini, belonging to the Curia from the 1566 by the will of Cardinal Mario Carafa, but currently hosting one of the oldest conservatories in Naples. The have been restored baroque facade, central court, L 'artistic and architectural system of the church, the areas on the second level and coverage and all that remains is to decide what the new one should be function of the structure. Probably they will take place there recreational activities and will be created exhibition spaces it's a conference room.

In fact, the complex has long had relations with the associations of the city and they could be the protagonists of his retraining.

Surely it is a wonderful news for the city and is just one of many new steps that will lead to the restoration of other monuments. The next to be interested in the works will be the Castel Capuano and in total 9 will be the other interventions in the historical center.