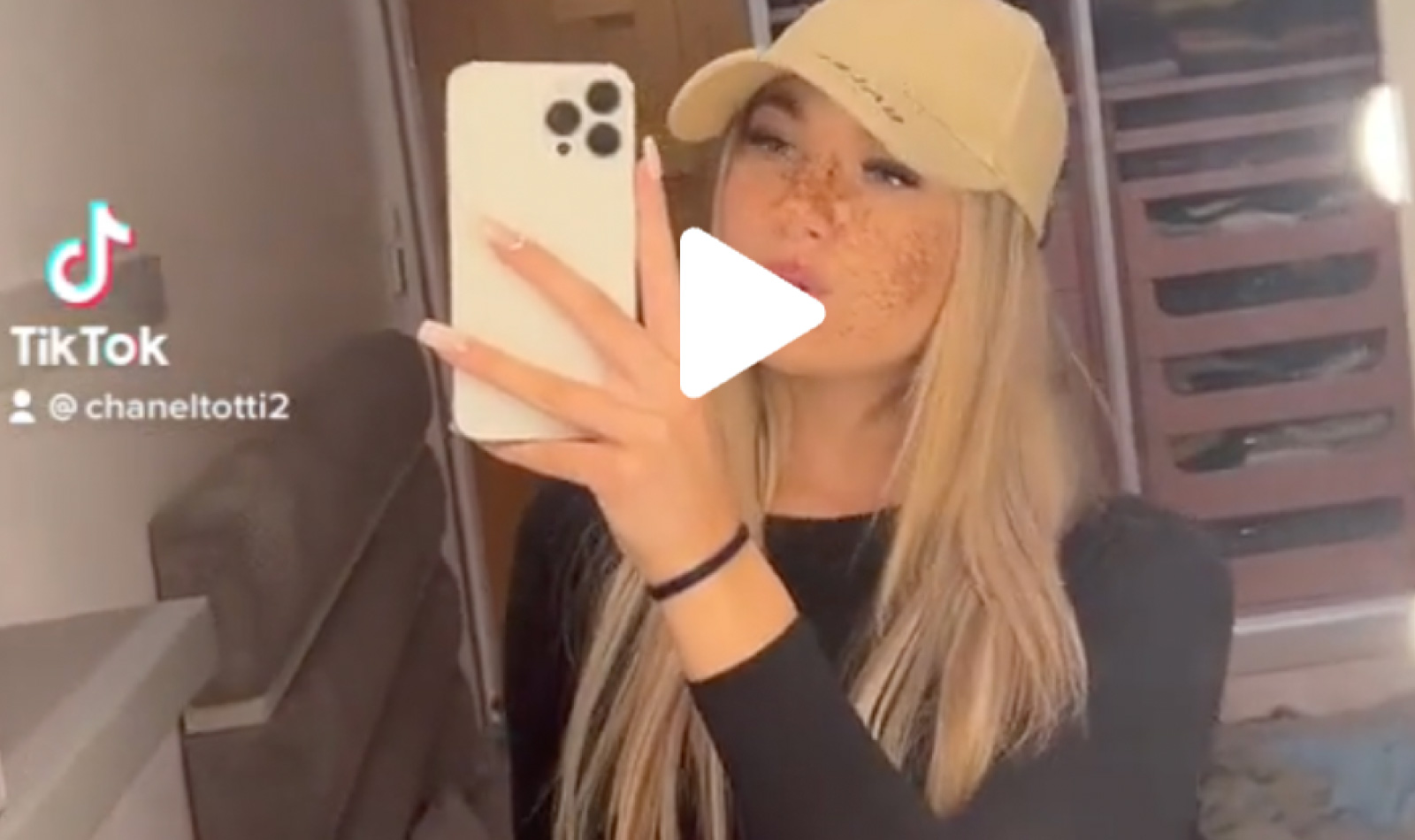 Chanel Totti, increasingly furious at being dragged into the gossip mire, attacks her parents on TikTok by choosing to play the Christmas song Galletta "I am made a lover" in the background.

Chanel Totti she is increasingly angry with her parents, Francesco Totti and Ilary Blasi, and he certainly does not send them to tell them.

The second child of the former golden couple, according to what was revealed by Republic, published a second video on TikTok, even more ferocious than the first, referring to the stormy and super-talked-about divorce of his parents and playing the song of Christmas Galletta "I got my lover."

Chanel Totti and the phrase that did not go unnoticed

As if the choice of a song full of references and coincidences were not enough, such as the one that says "I made my lover, an attractive blonde" (clearly referring to Noemi Bocchi), Chanel Totti for his second video on TikTok he wrote a sentence that is all a program:

"You always did the wrong things, I never did something that pleases me, and I like a fool I always wanted you."

The followers, commenting on her video, showed her closeness for her pain and, someone even invited her to be next to her parents in this difficult time.

However, someone else, in his attacks, saw a defense, albeit tenuous, of Francesco Totti and a direct attack on Ilary Blasi, "guilty" according to the teenager of having made bad choices and that, in the end, led to the breakup.

Totti and Noemi at the sea together? The video is already viral on TikTok