Via dei Mille in Naples 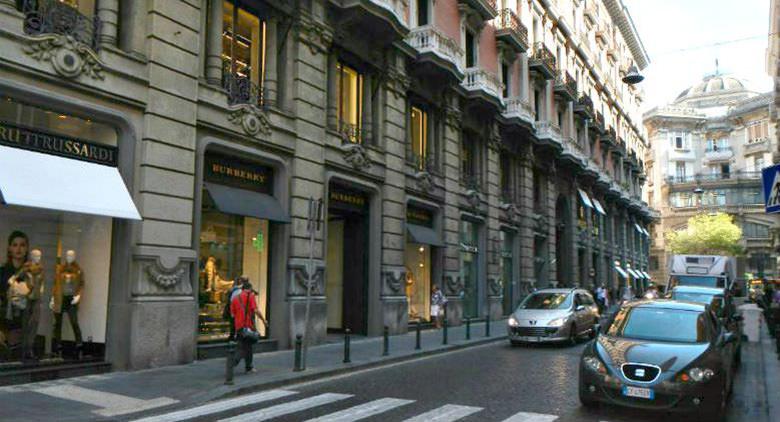 Via dei Mille, located in the Chiaia district and therefore near the Riviera of Chiaia, of Piazza Amedeo and of Via Chiaia, is among the most famous streets of the area and is in fact one of the most elegant shopping streets of the city.

The road was opened along with many other routes in the 1885, with the plan of Cleansing of the city, through the demolition of several buildings and shops.

On Via dei Mille stands the splendid Palazzo Carafa di Roccella, a seventeenth-century building that the owner Francesco di Sangro, prince of San Severo, donated to Don Giuseppe Carafa, his son-in-law, until the purchase by the princes of Roccella of the Carafa family.

They arranged a renovation to the local architect of the school of the Vaccaro, Luca Vecchione, who gave the noble palace a neoclassical appearance. In the nineteenth century other modifications affected the building, such as the addition of the third floor, the uncovered atrium and the patio on the garden.

From the 2004 the building houses the PAN Museum of Contemporary Art (Palace of the Arts of Naples).

Information on Via dei Mille

Via dei Mille in Naples

To see, Culture, Do not miss, Links, Famous places

The Chiaia Riviera in Naples

The Giant's fountain in Naples