This morning, 10 November, a large crowd has gathered in Piazzale Tecchio for the inauguration of the first bike path in the city of Naples, an event we had reported in advance yesterday. At 10 everyone was ready to leave, and among children, cyclists and pedestrians there were also the mayor Luigi De Magistris, the deputy mayor and most of the councilors and the city council.

It is of fundamental importance that so many people have joined this manifestation because this means that citizenship strongly wants to start a change of course of the culture of mobility in the city and that has more and more desire to resemble, in the good, the European cities.

The Mayor de Magistris told the press that: "The first challenge was this: open the track from Bagnoli to Garibaldi. Another challenge is that many Neapolitans use the bike, then make many others, to improve those pieces that are not good, because it is not that it is a work that we have done and it is over we can not improve it, we also keep in mind that we are without money, so if it is not perfect, it is also because we work with the enthusiasm of the companies that work even if they are paid late, of the workers, whom I want to thank, as I thank all the Neapolitans who do not just complain but do something for our city, including those who gave us the bikes today to be able to do this tour, including the 400 restraints that we will have in the coming days and the bike sharing that will start. We are doing it only with our strength and the Neapolitans who believe in this challenge".

But despite everything still many problems remain. First of all the recurring interruptions that force the cyclist to continuous stops. For example, there are well 37 breaks only between Fuorigrotta (which houses the San Paolo Stadium) and Pozzuoli. This means that in the Phlegrean section, you can take 200-300 meters in a row with a bicycle only in a couple of sections of the route.

But despite the various complaints that there are still some shopkeepers and citizens must recognize that the construction of the bike path is the clear sign of the fact that Naples is oriented towards the new and this time is a completely new positive.

Photo of the event 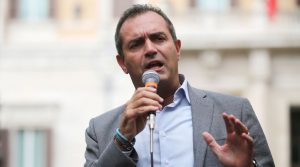 De Magistris, no curfew in Naples: bars open after 23pm 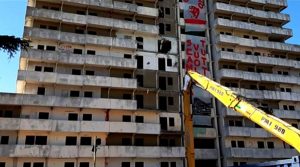 Vele di Scampia: the demolition of the Vela Verde kicks off, the district rejoices

Sin Report: alarming data on the cancer boom in Campania