Do you want to know how tariff profiles work?
Cumana tickets change based on the distance to the destination and the type of transport taken.
Find out more

The times of the cumana are not always the same. In summer, the summer time is in force, while in winter the winter time applies
Unfortunately the Cumana trains are not always on time and suffer from cancellations
The ticket must be purchased before entering the station when passing the turnstiles
The ticket must be stamped or activated at the turnstiles, but they are not present in all stations
Tickets cannot be purchased on board
The service is managed by EAV so ANM tickets cannot be used
You can enter with the contactless ticket via TapIn and TapOut (Bancomat, Mastercard, Visa)
You can buy a digital ticket via the GoEav App
Trains are often very crowded

What time does the Cumana open

What time does the Cumana close

What are the stops

The history of the Cumana of Naples

La Cumana railway of Naples it is one of the main public transport routes in the Phlegraean area. Inaugurated in 1892, it was actually already in service since 1889.
Established as a steam railway, with the intent of providing an economic rail transport linking Naples and Torregaveta via Pozzuoli and Cuma, it was finally electrified in the 1927.

During the construction of the Mostra d'Oltremare (1936 - 1940) its track in the fuorigrotta area was modified with the burying of the tracks and the construction of the tunnel up to "Mostra", works that were carried out in 1938 when the "Società per the Neapolitan Railways ”was replaced by SEPSA (Society for the Exercise of Public Services Anonymous).

Latest news on the Cumana of Naples 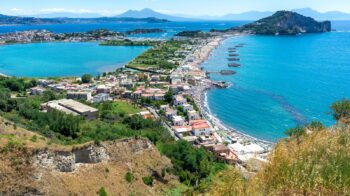 Cuma-Miseno shuttle: the free bus to reach the lidos and beaches in summer

Di Fabiana Bianchi of July 11 22
The shuttle between Cuma and Miseno is back in service which, throughout the summer, ... 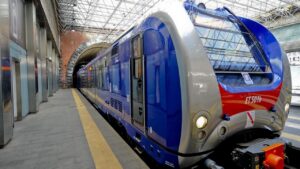 Circumvesuviana in Naples: reduced service for the summer with many cancellations

Di Fabiana Bianchi of July 03 22
It promises to be a black summer for travelers on EAV means of transport because the company has ... 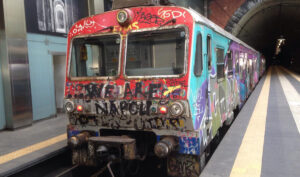 Cumana between Fuorigrotta and Pozzuoli interrupted: info on timetables and trains

Di Fabiana Bianchi of June 09 22
Update: the entire section of Cumana has been restored from 14.54. The circulation restarts without interrupted sections .... 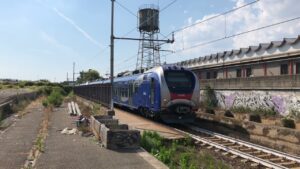 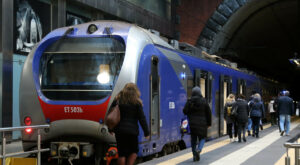 Cumana in Naples closed on 7 and 8 May, two days of stop: here are the replacement buses

Di Fabiana Bianchi of 03 May 22
Bad news for cumana travelers in Naples because on Saturday 7 ... 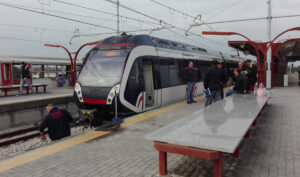 Di Fabiana Bianchi of Apr 23 22
Thursday 28 April 2022 there will be a strike of EAV vehicles in Naples and its province ...

Easter and Easter Monday 2022 for Cumana, Circumvesuviana and Napoli-Aversa metro

Di Fabiana Bianchi of Apr 13 22
EAV has communicated the service hours, for Easter and Easter Monday, for ... 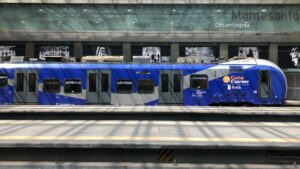 Cumana, service interrupted between Montesanto and Soccavo: here are the info

Di Fabiana Bianchi of March 14 22
Update: the problem has been solved and circulation has returned to normal throughout the ... 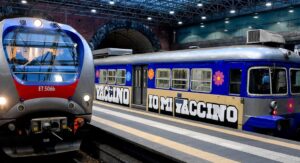 Cumana, the Lucrino-Torregaveta section interrupted: the replacement buses are underway

Di Fabiana Bianchi of March 10 22
The Eav has announced that on Saturday 12 and Sunday 13 March 2022 there will be an interruption of the ... 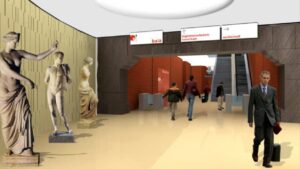 In Bacoli the first Cumana archaeological station: it will be the Baia stop

Di Fabiana Bianchi of Feb 11 22
Another good news concerns Bacoli, after the one relating to the opening of the Casevecchie free beach. After... 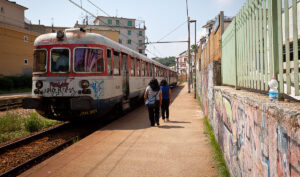 Di Fabiana Bianchi of Feb 07 22
At the end of December last year, due to the pandemic and the many workers in quarantine ... 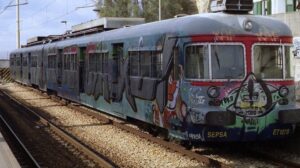