Who is Meghan Markle: history and career of the "rebellious" Duchess 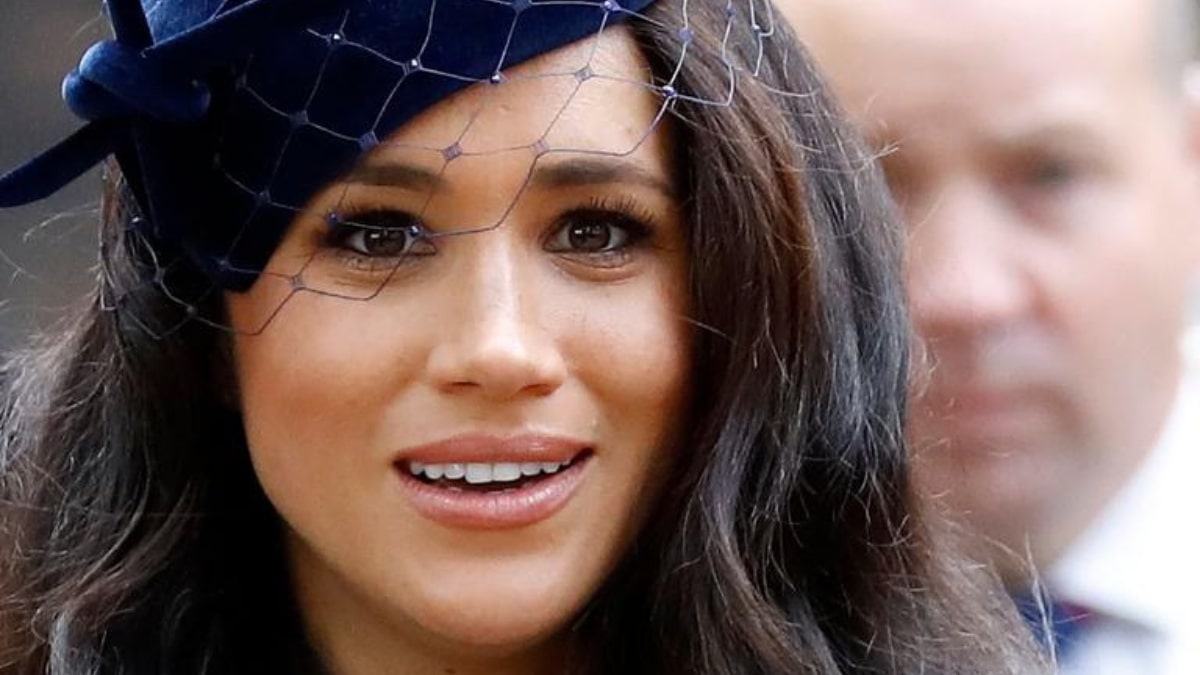 Meghan Markle she is today the Duchess of Sussex and wife of the second son of King Charles and Lady Diana, Harry. About her Her origins are not from a noble family, but she is the daughter of a cinematographer and a social worker. Also, Meghan was born as attrice and then joining the noble family of England in 2018. Let's get to know her better.

The origins of Meghan Markle and her family

Rachel Meghan Markle is the registry name of the Duchess of Sussex and was born in 1981, more precisely on August 4th at West Park Hospital. About her Yours childhood he spends it with his family in View Park and Windsor Hills, two neighborhoods of Los Angeles. There mother she is of African American descent and works as a yoga teacher and is a social worker. The father instead, he is quite well known for having been the cinematographer of the TV series Married ... with children.

Parents when Meghan was only six years old divorce and has two older brothers from his father with his first wife. He obtained a Bachelor of Arts degree in Theater and International Studies from Northwestern University in 2003. After completing her studies she carries out one training in the Embassy of Buenos Aires.

Is called Thomas Wayne Markle Meghan's father and it is no mystery that father and daughter have not been in good blood for some years now. When Meghan gets married to Prince Harry, her father had not been guest. However, he was expected on the occasion of the Queen's Platinum Jubilee which he did not attend due to a malore. The 77-year-old had felt ill while he was in his home in Mexico and an ambulance was required to rush him to hospital due to a suspicion. ictus. The man was hospitalized in San Diego and was unable to speak and paralyzed.

Meghan's mother and living with Harry

Meghan Markle's mother is called Doria Ragland and with his daughter he has always had an excellent relationship. Since the family flew to Los Angeles and renounced the noble titles, the woman is transferred to their house to help her daughter and son-in-law with little Archie and now also of Lilibeth. Rumors had revealed that some friends of the couple had warned Harry about the convivenza with the mother-in-law, but it seems that everything is going well between them.

The first marriage and the subsequent divorce

Meghan Markle is married with Prince Harry of England, but perhaps not everyone knows that he has a behind failed marriage with the American producer and director Trevor Engelson. We are in 2004 when Meghan meets Trevor who had recently entered the world of cinema, but who was enjoying great success.

Many realized that she wasn't really in love with him, but it was the easiest way to do it career. Instead he completely lost his head and asked her to marry him. She obviously accepted and on August 16, 2011 they marry in a civil ceremony in Los Angeles and the following year in a religious ceremony.

After nine years of love affair and two years of marriage the couple decides to break up with. Some dear friends did not say they were surprised by what happened, while Trevor was destroyed.

A career in cinema before becoming a duchess

Meghan Markle she loved acting since she was a child and it was thanks to her ex-husband Travor Engelson that she got several parts in the cinema becoming an excellent attrice.

The films that made her famous

Becoming an actress has always been hers dream and he found himself acting in several film including Remember Me, High on Love, How to Kill Your Boss ... and Live Happy and Traveling With a Rock Star. But not only. She also takes part in several TV series including The War at home, Suits, CSI: Miami, Fringe, CSI: New York, Castle, The league, Without a Trace, and 90210.

Meghan Markle's success with Suits and the release of the series

His first role important he obtained by joining the cast of the TV series Suits which came out in 2011 and in which she played the part of Rachel Zane, a legal assistant and held that role until 2017.

Marriage to Prince Harry: disputes, accusations and the renunciation of royal titles

Il wedding between Meghan Markle and Prince Harry will surely be one Favola, but their path has not been easy at all, especially for what has always been suspected about the Duchess.

How she and Harry met

Meghan Markle and Prince Harry are known in London in 2016 on a blind date. It was to make them meet friend they have in common. Between the two there was love at first sight and they begin their love story a distance. In fact, he lived in Great Britain, while she was in Toronto for the shooting of the TV series Suits.

The first real appearance that Meghan Markle does with her future husband is during a collection funds organized on World AIDS Day. The event took place in Nottingham on 1 December 2017.

La proposal of marriage, Meghan received it during a dinner and on May 19, 2018 she did marry in Windsor Castle in St George's Chapel. What made people talk about the ceremony was that it was organized on purpose solid, that is, whoever would have participated in the wedding would have had to donate money to an association chosen from among those proposed by the spouses. The dress wedding dress was incredibly beautiful, simple and very elegant.

The children with Harry

We come to October 15 of the same year when Meghan and Harry announce to wait for a child they will call Archie Harrison. In 2020 the Duchess confesses to having suffered a abortion spontaneous and in 2021 they announce the arrival of a second baby, one Sissy they will call Lilibeth Diana

The eldest son of the couple consisting of Meghan Markle and Prince Harry is called Archie Harrison and was born on 6 May 2019 at Westmister hospital.

The birth of Lilibeth and the homage to the queen

Their second daughter is born on June 4, 2021, whom they will call Lilibeth Diana. The two names chosen for the baby are in tribute of the Queen who was called by the nickname Lilibeth and to Harry's deceased mother, Diana.

The clashes with the royal family and the breakdown of relations

- clashes between Meghan Markle, Harry and the royal family are born because the Duchess is not very inclined to follow the traditions of the family and tends not to respect the protocol. These attitudes did not please the Queen lighting up some clashes between the two parties. Consider Meghan's many difficulties in adhering to Labels, the couple decides to separate from the Crown.

Why is she called "the rebel duchess?"

La personality by Meghan Markle and her attitude that always goes against the rules, led her to earn the title of Duchess rebel. It all started when she decides to choose a hospital other than the one imposed by the royal family to give birth to her children.

The relationship between Meghan and Kate Middleton

Being part of the royal family has never been simple and having as a member a strong and rebellious personality like Meghan is even more so. Many wonder in what relationship the two princes' wives are. Despite the various quarrels between family members, Kate e Meghan they are on cordial terms.

The move to the United States: where do Meghan and Harry live now?

After "divorcing" from the royal family, Harry and Meghan got together transferred in the United States in a luxurious nine-bedroom villa. The outside would have been used as a vegetable garden and chicken coop for their own production. Their "kingdom" is in Montecito.

The Queen's funeral: Meghan under the magnifying glass

On Monday 19 September 2022 the funeral of Queen Elizabeth II of England and ending up under the lens was the couple Meghan Markle and Harry. In addition to the rumors of Prince Harry not singing the hymn, many could not fail to point out that Meghan wore a hat without veil, a sign of mourning. Once again it proved to be light years away from protocol real. However, it should be emphasized that she chose a pair of earrings that had been given to her by the monarch. Some reporters had speculated that the Duchess was wearing a microphone under the dress, but the news was denied.

Curiosities about the rebellious duchess

We all know Meghan Markle as the Duchess of Sussex and have news of her thanks to tabloid most famous, but not everyone knows that:

Are you looking for something in particular?
Meghan Markle, Celebrities 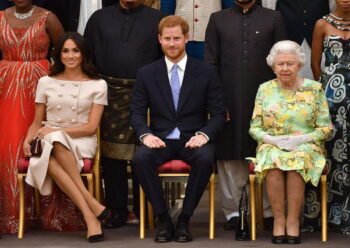 Di Francesca Orelli of 12 September 22
Because Meghan Markle, the much talked about wife of Prince Harry, was not present at the bedside ...
Work with us
Load More