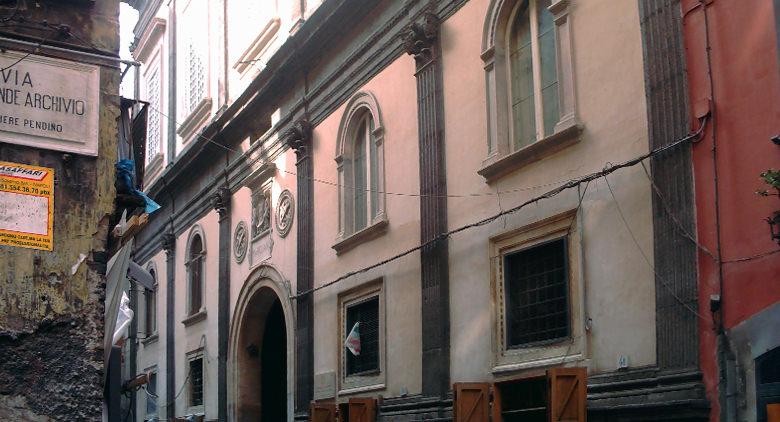 The sixteenth-century Palazzo Marigliano was built at the behest of Bartolomeo di Capua, as well as Count of Altavilla.

The entrance is posted on the front door coat of arms of the del Monte, the subsequent owners of the building. Among others, Costanza di Chiaromonte lived there, queen of Naples.

The exterior, set on three levels, is characterized by the alternation of white and piperno marble. The interior consists of a garden and a large atrium from which it is possible to reach the double ramp that leads to the apartments and which still retains some frescoes of the de Mura and two epigraphs.

Information on the Marigliano Palace

The Church of San Nicola alla Carità in Naples