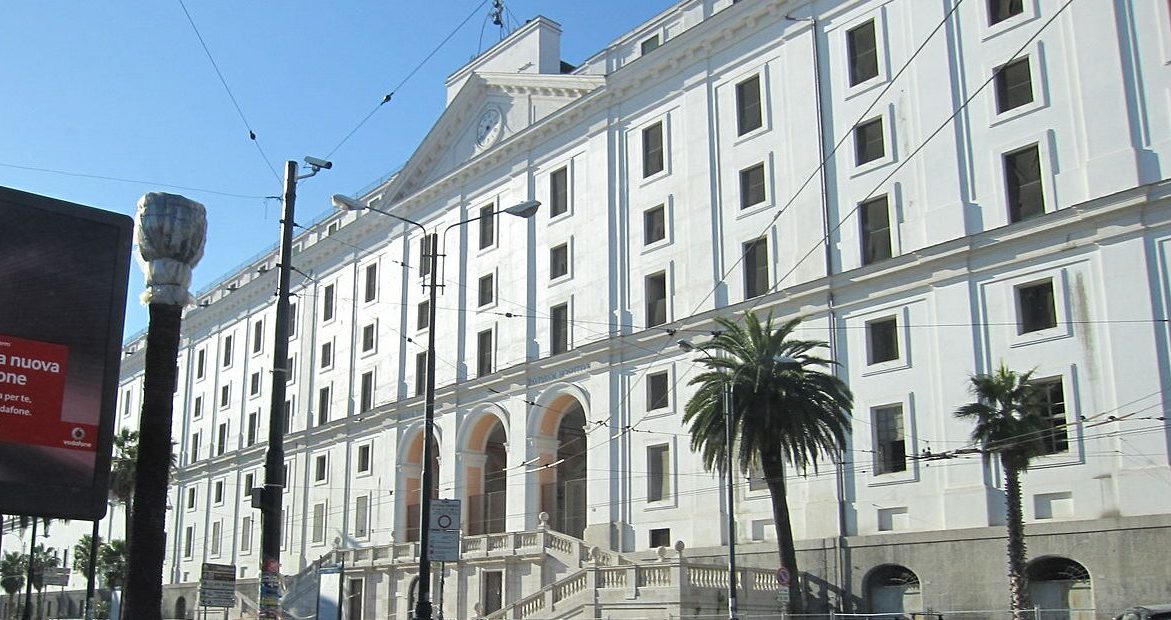 Il Real Albergo dei Poveri, also called Palazzo Fuga or in the popular use of Reclusorio and Serraglio, is currently the largest monumental palace in Naples. Not only that, today is one of the largest eighteenth-century buildings in all of Europe.

The history of Real Albergo dei Poveri begins with Ferdinando Fuga in the year 1749, which was called in Naples by Charles III of Bourbon. He gave him the task of designing the Albergo dei Poveri, which would welcome the great masses of the poor coming from all over the Kingdom. The work was never completely completed as Charles III of Bourbon had thought it, and its size that today counts 100.000 square meters of surface considered useful, is only a fifth of what it should have been.

The main purpose of this structure was that of charity, and over time this was always the principle on which it was used. For this reason, over the years this structure has been:

Although the Real Albergo dei Poveri was born and always was a building of immense moral value, at a certain point it became a real prison from which we could no longer leave. For this reason it was nicknamed 'Serraglio'. Something has changed in the 1838, and the prison leaves space for the School of Music, which gave many people a notoriety pass.

In the course of the years, different types of use for this building have alternated: a school for deaf-mutes, a rehabilitation center for minors, a court for minors, a cinema, some mechanical workshops, firefighters, a gym and finally the State Archives of Naples (civil sector).

For this reason the building passed under the control of the municipality, which immediately set in motion to proceed with the restoration, which began in 1999. To date, however, the restructuring of the collapsed wing in the 1980 has not yet been completed.

The Real Albergo dei Poveri, also called Palazzo Fuga or in the popular use of Reclusorio and Serraglio, is currently the largest monumental palace in Naples. Not only that, today is one of the largest eighteenth-century buildings in all of Europe.
Address: Piazza Carlo III
City: Naples
Region: Campania
Country: Italy
Operating hours: times not available or variable
Admission for visitors is free.
Tag: I'M G
Rate this post
[Total: 3 Media: 3.7]

The Castel dell'Ovo in Naples