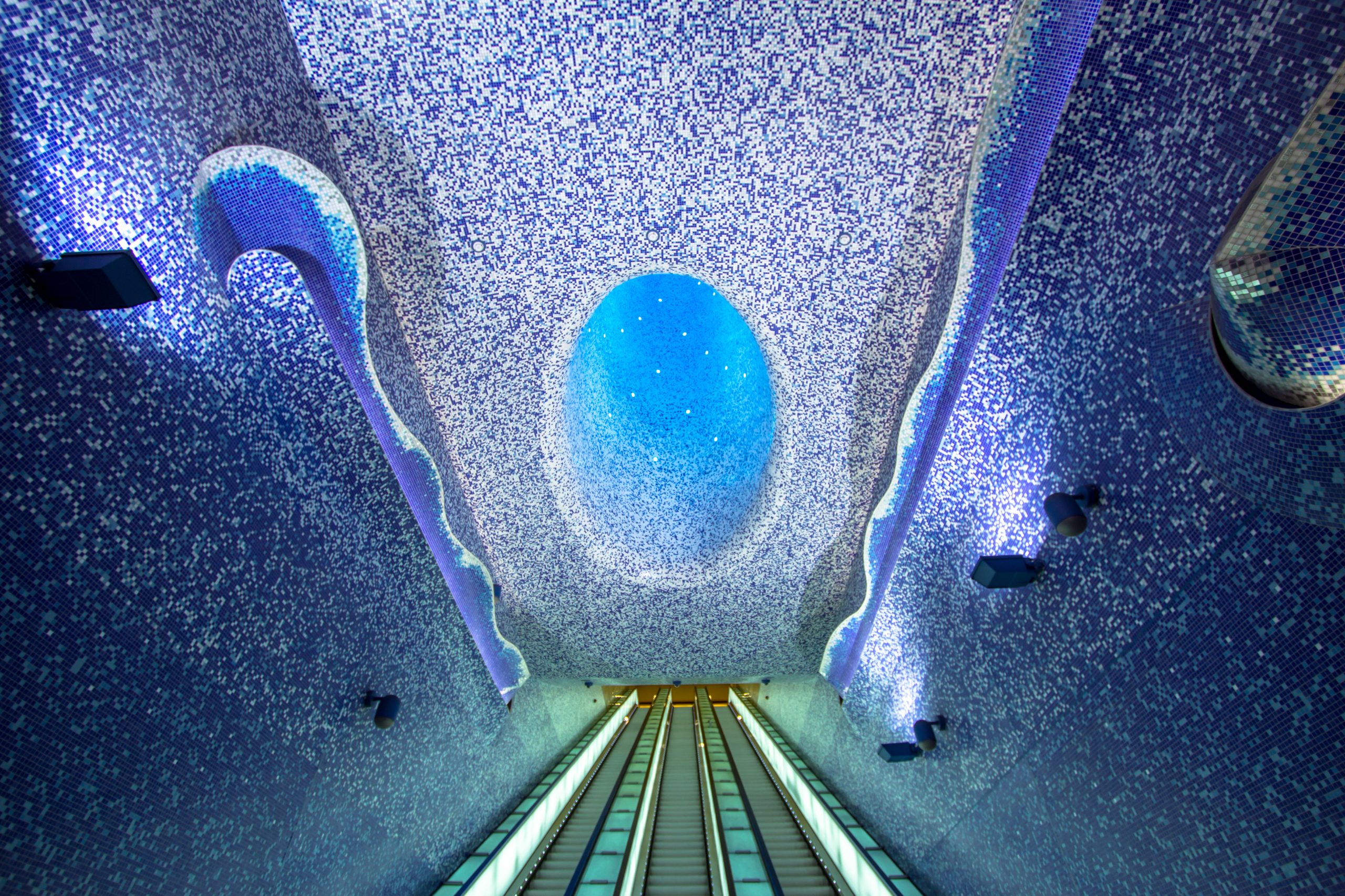 Toledo is one of the Stations of the Art of the subway of Naples, considered the most beautiful in Europe by the Daily Telegraph and CNN and was designed by the Spanish architect Oscar Tusquets. It is very impressive because it is illuminated by large skylights and there are some remains of the ancient Aragonese walls found during excavations. It is enriched by two large mosaics made by emulating the Pompeian style and, descending the escalators, you are immersed in a marine-themed environment, the so-called sea gallery.

The corridors are decorated with aquatic-themed mosaics and in the long corridor there are panels that reproduce the movement of the waves.

How to reach it: Subway 1 Line, TOLEDO exit

The Agnano thermal baths in Naples