The Palazzo dello Spagnolo in Naples 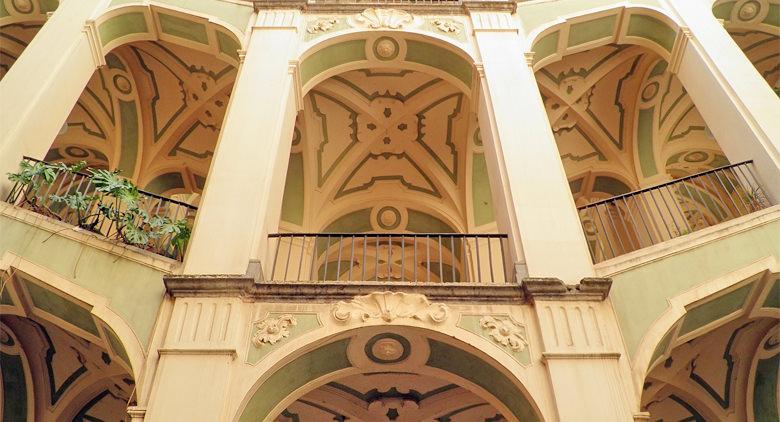 The Palazzo del Spagnolo was built starting from 1738 at the behest of the Marquis of Poppano, Nicola Moscati.

Architecture is attributed to Ferdinando Sanfelice which created large arches that followed the progress of the stairs, placed on both sides, re-proposing the same architectural theme of the Palazzo Sanfelice. At the end of the 1700 the building was bought by Tommaso Atienza, called the Spanish, who arranged further embellishment works, later lost. Currently the ownership of the building is divided.

A part of the building is public property and was intended for a Museum dedicated to Totò, even if the project is not yet completed.

Information on the Spanish Palace

The Spanish Palace was built starting in 1738 at the behest of the Marquis of Poppano, Nicola Moscati.
Address: Via Vergini, 19
City: Naples
Region: Campania
Country: Italy
Coordinates: 40.8566974,14.2543454
Operating hours: times not available or variable
Tag:
Rate this post
[Total: 2 Media: 3.5]

The Borgo Orefici in Naples