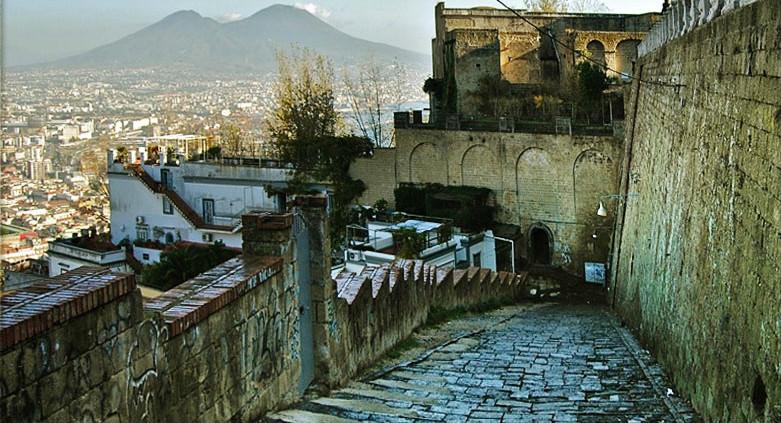 La Pedamentina with its 414 steps is a system of descents and stairs dating back to the fourteenth century and built by the architects Tino di Campiono and Francesco de Vito.

The descent was destined to join two different areas of the city of Naples, namely the Certosa di San Martino and Castel S. Elmo, located on the hill of Vomero district, and the historic center, located downstream. Basically it is about ways of pedestrian connection between areas of the city affected by expansions extra moenia, mostly attributable to those that occurred during the sixteenth century.
The climb was also used a defensive purposes in case of sieges of the nearby Castel S.Elmo.

Along the Pedamentina you can admire not only the panorama of the gulf, but also the gardens and gardens of the Certosa. As well as the multiple steps of the city of Naples, is today considered one urban masterpiece.

Information on Pedamentina in Naples

The National Archaeological Museum of Paestum