Spanish
Art and culture, What to see, Famous places, Museums and Art Galleries

The Royal Palace of Naples 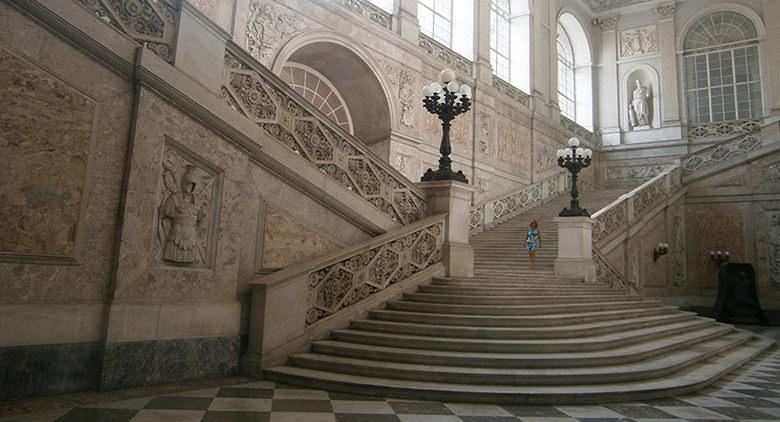 The Royal Palace of Naples: history

Il Royal Palace of Naples fu founded in the seventeenth century to host the Kings of Spain, commissioned by the Spanish Viceroy, but has since become the center of the monarchical power of Naples, also hosting the Austrian kings, the Bourbons and was also home of the Savoy dynasty after the unification of Italy. The Palace represented one of the four residences of the Borbone dynasty of Naples (the other three are the Royal Palace of Capodimonte, the Reggia of Portici and the Royal Palace of Caserta).

This imposing and majestic Palace that still dominates the famous Piazza del Plebiscito it was made in 1600 by Domenico Fontana commissioned by the viceroy Fernando Ruiz de Castro, who wanted to host King Philip III of Spain on an official visit to Naples, capital of the viceroyalty, in a spacious and comfortable place. An opportunity that never came true, given the volatility of King Philip III who decided to cancel the visit. But Naples found himself, almost by chance, finally having a Royal Palace that, from that moment, became one of the most prestigious royal residences, rich in masterpieces of art and precious objects that belonged to the royals of four dynasties.

Royal Palace, originally designed by the architect Domenico Fontana, it was then finished by Luigi Vanvitelli and Gaetano Genovese which, commissioned by Ferdinand II of Bourbon, restored and modernized the entire structure after the fire of the 1837 that damaged the palace. It was Genovese who renovated the impressive Marble Honor staircase, located at the entrance of the Palace, and to add the famous Ala delle feste, which currently houses the National Library.

What to visit in the Royal Palace of Naples

Inside the Palazzo Reale you can visit the historic apartment used as a museum, which contains, among the many rooms, the Court Theater, the Sala del Trono, the Sala di Mariacristina di Savoia and the Royal Chapel, which contain prestigious masterpieces made by most famous painters of the Bourbon period such as Guercino, Andrea Vaccaro, Mattia Preti, Massimo Stanzione, Francesco De Mura, Battistello Caracciolo, Luca Giordano, Filippo and Nicola Palizzi and Consalvo Carelli.

Do not miss the walk outside the Palazzo Reale, crossing the courtyard of Honor, the courtyard of carriages, the belvedere courtyard and the hanging gardens, which offer a splendid view of the Gulf of Naples and Mount Vesuvius. From the courtyard of Honor you can also access the Royal Gardens, a park full of statues, avenues and "secret" paths. After the Genovese reastaur, it assumed an aspect of "English garden".

The long one external façade of the Palazzo Reale is characterized by the presence of the celebrate eight majestic statues of the sovereigns who reigned in Naples, whose placement in the outer niches was commissioned by King Umberto I of Savoy in the 1888. The statues are placed in chronological order with the precise intention of not including any exponent of the Bourbon dynasty. You can admire, from left to right, the statues of Roger the Norman, first true king of Naples, Frederick II of Swabia, Charles I of Anjou, Alfonso V of Aragon, Charles V of Hapsburg, Charles III of Spain, Gioacchino Murat and finally Vittorio Emanuele II, the biggest addition to Vittorio Emanuele II who, formally, was never king of Naples but of Italy.

Information on the Royal Palace

By train
from the Piazza Garibaldi train station take the 1 Line subway towards Piscinola, get off at the Municipio stop. Walk to Piazza del Plebiscito (10 minutes).
Or from Piazza Garibaldi take R2 bus to the San Carlo theater.

In funicular
from Piazza Fuga (Vomero) take the Central Funicular to the last stop in Piazzetta Duca d'Aosta.

Official site of the Royal Palace of Naples

The Royal Palace of Naples

The Royal Palace of Naples was founded in the seventeenth century to house the Kings of Spain, commissioned by the Spanish Viceroyalty, but it has since become the fulcrum of the monarchical power of Naples, also hosting the Austrian kings, the Bourbons and was also the home of the Savoy dynasty after the unification of Italy.
Address: Piazza del Plebiscito, 1
City: Napoli
Region: Campania
Country: Italy
Phone: 0815808111
Email: [email protected]
Coordinates: 40.8365353,14.2504411
Hours for visitors (updated to 1 March 2022):
Official Website: http://palazzorealenapoli.it/cms/
Ticket price for visitors (updated to 1 March 2022):
Types of payment accepted: cash, credit card, debit card,
Tag:
Rate this post
[Total: 3 Media: 5]

The Santa Chiara Complex in Naples