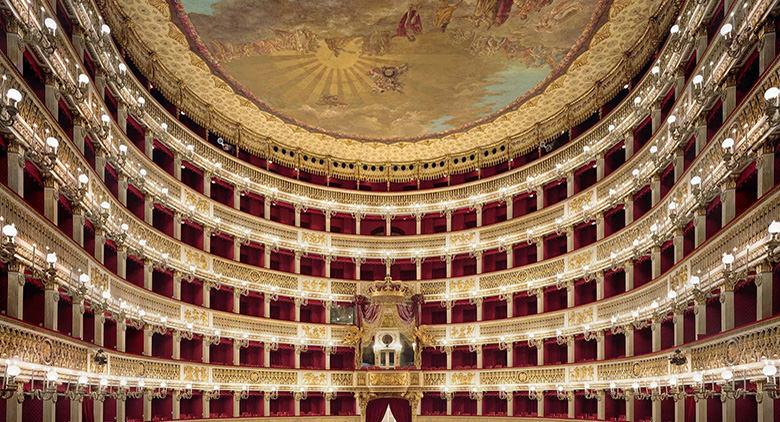 Il San Carlo Theater of Naples was built in 1737 by the will of King Charles III of Bourbon, and was inaugurated 41 years before the Scala in Milan and 55 years before the Fenice in Venice, which is why today it represents the oldest opera house in Europe and among the most capacious in Italy.

King Charles III wanted to valorize the city with a theater that represented the royal power and entrusted the project to the architect Giovanni Antonio Medrano, a Spanish Colonel Brigadiere stationed in Naples, and to Angelo Carasale, former director of the San Bartolomeo. The theater was built in just eight months, at a total cost of 75 thousand ducats.

Massimo Partenopeo is located in the heart of the city of Naples, surrounded by the main monuments and places of greatest tourist attraction: between piazza del Plebiscito, piazza Trieste and Trento, via Toledo, the Royal Palace, the Galleria Umberto and the Maschio Angioino.

The great composers and directors

Since its birth, the Teatro di San Carlo has been the fulcrum of opera and classical ballet in Italy and Europe capable of attracting illustrious personalities of international fame, including Paganini, Bellini, Bach, Händel, Mozart.
It is in this theater that the Neapolitan School was born, the jewel in the crown of the European musical world, whose principal masters were Domenico Cimarosa and Giovanni Paisiello, who directed the San Carlo Orchestra.

Among the famous conductors and musicians who performed in this opera house, artists of the caliber of Gioachino Rossini, Gateano Donizetti, Giuseppe Verdi, who composed many works for the San Carlo.

The structure of the San Carlo Theater

The splendid Teatro di San Carlo boasts the first horseshoe plant, model of the classic Italian theater. Since then, the successive theaters of Italy and Europe were built on this model, such as the court theater of the royal palace of Caserta which inspired other famous Italian theaters such as the Teatro alla Scala in Milan.

The dominant colors inside the room are fire red and gold. On the royal stage, one of the most beautiful and sumptuous in Europe, is the Savoy coat of arms wanted by the Savoy after the unification of Italy, replacing the pre-existing coat of arms of the Kingdom of the Two Sicilies which, instead, was restored under the proscenium arch.

On the ceiling there is a large canvas which measures 500 square meters, made by Antonio, Giovanni and Giuseppe Cammarano, and which depicts Apollo presenting to Minerva the greatest poets of the world which depicts a scene in which Apollo indicates the arts to Athena (the "Sun"). Among the figures present there are also that of Dante, Beatrice, Virgilio and Homer.

Latest events and news at the San Carlo Theater

Galleria Umberto I in Naples