Spanish
To see, The neighborhoods of Naples, Interesting sites 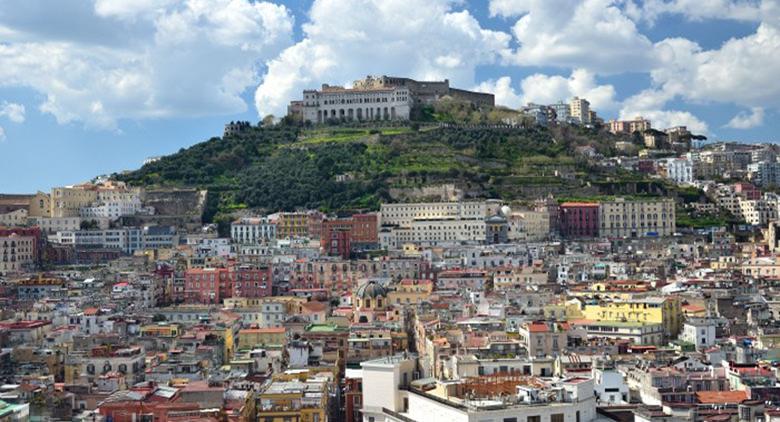 The construction of the Vomero district is due to an operation of reclamation occurred following aepidemic erupted in the 1884 that required the expansion of the city in arural area.

In fact, since the 1600, le aristocratic families e noble they took refuge on the hill to escape the plagues that struck the city and progressively placed their own residences. It is the case of the Floridiana, acquired in the nineteenth century from Bourbon.

The current extension is due to the constructions operated between the years 40 and the 70 years of the last century.

The district is located on the hill of Vomero and occupies, in fact, an elevated position compared to the city center and is connected to the lower part by roads (this is the case of Corso Vittorio Emanuele) funiculars e subways.

The highest point of the district and the city is represented by the Castel Sant'Elmo and from Certosa di San Martino placed at 215 mt slm
The term Vomero is probably due to the agricultural nature of the area and would refer to the plow share, the part intended to cut the ground with a deep groove.

The main areas of Vomero are:

Information on the Vomero district

The construction of the Vomero district is due to a reclamation operation that occurred following an epidemic erupted in the 1884 that required the expansion of the city in a rural area.
Address: Vomero
City: Naples
Region: Campania
Country: Italy
Coordinates: 40.8429361,14.2308738
Operating hours: open h24
Admission for visitors is free.
Tag:
Rate this post
[Total: 7 Media: 4]