HomeCultureThe Bacchae of Euripides at the Mercadante of Naples with a woman Dionysus and rock [Review]
Culture ,Theater Performances Reviews ,Theater show 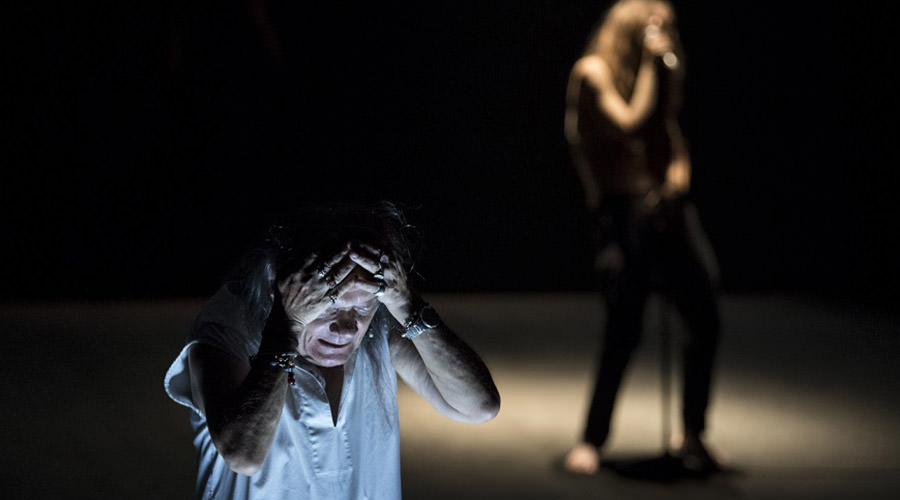 The review of the show The Bacchae of Euripides at the Teatro Mercadante in Naples: the struggle between rational and irrational with a rock version Dionysus.

Al Mercadante Theater of Naples is on the scene more experimental and modern version of the classic tragedy Le Baccanti by Euripides, adapted and directed by Andrea De Rosa.

The show will be in reply until December 3 2017, interpreted by Federica Rosellini, alternative female version of God Dionysus, son of Zeus, who permeates the whole piece, from Marco Cavacchioli in the role of Tiresia, from Cristina Donadio in the role of Agave and from Ruggero Dondi in the role of Cadmo.

The Bacchae of Euripides debuted with great success at the Teatro Grande in Pompeii and the version staged at the Mercadante keeps its great visual impact and of a technological object-structure, although it does not take place among the evocative ruins of the archaeological site.
Presented in key rock, as stated by the director, the show is a continuous one counterpoint between rational and irrational, the first represented by the king of Thebes Penteus, the second by Dionysus himself and by his plethora of Bacchae and faithful. All while a continuous one rhythmic music and beating punctuates the time of the narration always in an urgent manner.

The stage and the set design

Dionysus is the protagonist around which the whole narration takes place, a God well interpreted by Rosellini, an almost androgynous figure, with long hair and constantly standing behind a microphone, almost like a rock star. And this is, together with the pounding music, another trait that refers to the rock adaptation of the Greek opera.

The set design, reduced to the bone, consists of an empty space with Dionysus center and one behind it big box similar to the back of a truck, which represents Monte Citerone, a privileged place for the Bacchae that, like the modern fans, carry on their own ritual and lascivious dances in favor of God. Finally, with his back to the audience and his gaze turned to the scene, sits Penteus King of Thebes.

Dionysus, the Bacchae and Penteus: the struggle between rational and irrational

The narrative goes on for about an hour and a quarter in one continuous clash between the deep skepticism of Pentheus and the power of Dionysus. The God is not accepted by the king of Thebes, who even tries to arrest him, unleashing even more his vindictive wrath. As if in a sort of spell, the women of the city amplify their own ecstatic dances and the hunt dedicated to God, while Cadmius, the grandfather of the King, and the soothsayer Tiresias also let themselves be transported, dressed as women, in these irresistible rituals.

Scenes, these, which place the spectator in front of the ruthless firmness of a God looking for revenge against those who do not believe in him, demonstrating almost a weakness typical of human beings. Revenge that is accomplished by relying on curiosity of the same Penteo which, while rejecting it, is persuaded to participate in the Bacchae rite to observe them in person to dance and hunt. Dressed as a woman, almost against her will, she camouflages herself, going towards her destiny: mistaken for a lion, she will be mauled by women led by Agave, his mother, unaware that he is killing his own son.

An ambiguous text full of challenges

The continuous dualisms between masculinity and femininity, power and weakness, rationality and irrationality, good and evil, faith and reason are the lowest common denominator of a work constantly on the edge of ambiguity where the forgiveness is completely missing. The effrontery of Penteus has caused the death of the king and the awareness of the horrid gesture of Agave has decreed the madness of the woman.

And the questions that the spectator poses, first of all that explained by the same Cadmo, "But the wrath of the gods should not be different from that of mortals?", they seem to have no answer.

To know prices and show times, consult the article on the spectatcolo. 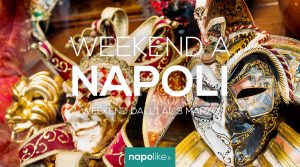 Enrico IV by Luigi Pirandello on stage at the Teatro Mercadante in Naples: between madness, fiction and reality

Toy Suspended in Naples for 2017 Christmas, the initiative to donate ...

Patti Smith in concert in Naples at Made in Cloister: ...