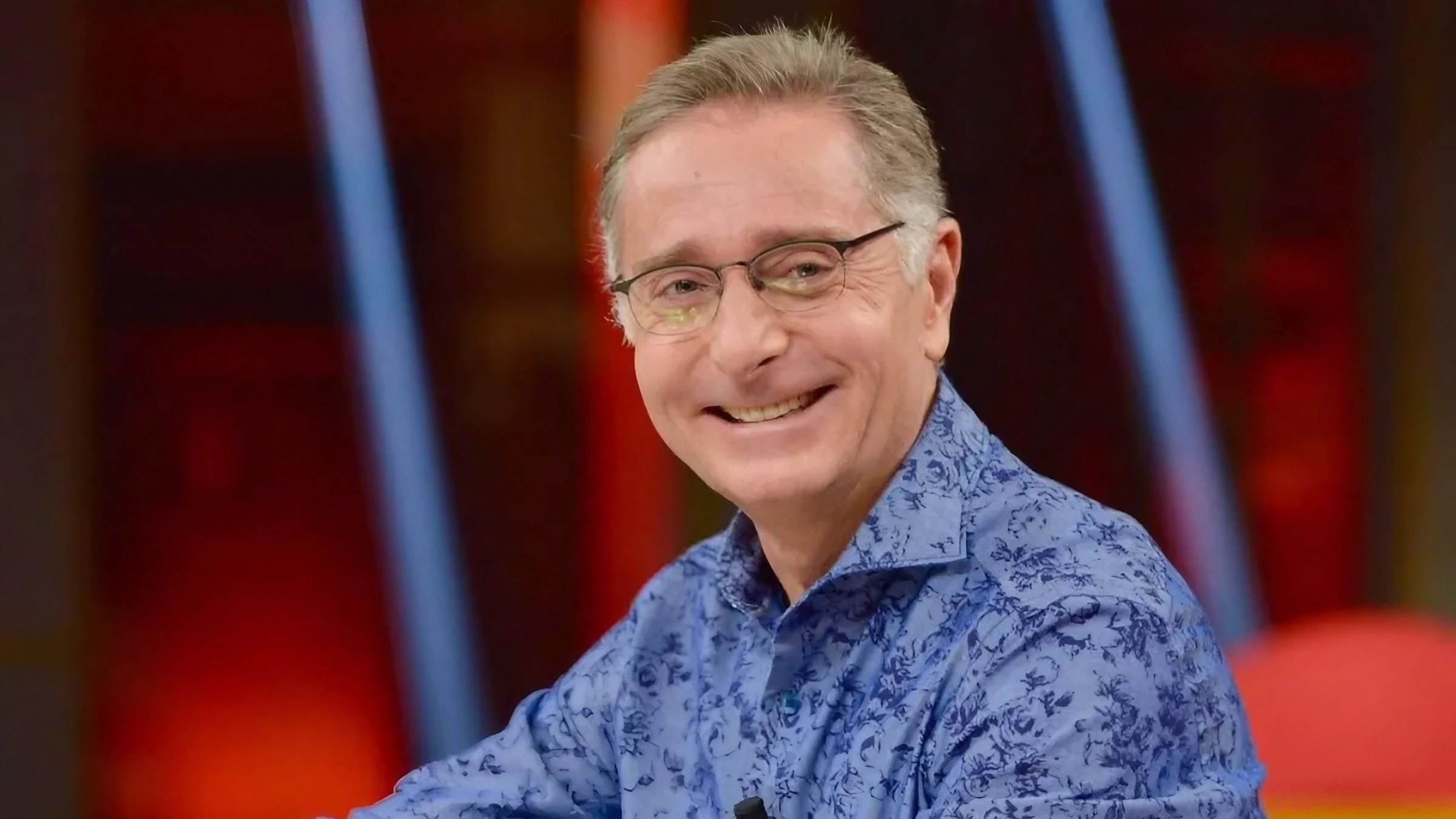 We are sure that Paul Bonolis does not need any introduction also because his career and popularity have made him one of the most famous and appreciated conductors of Italian television. In this article we will try to make you discover everything there is to know about him. Here are the details.

Biography and family of Paolo Bonolis

Paul Bonolis It is born in 1961, more precisely on the 14th of June a Roma. His dad was called Silvio and he was a hauler of dairy products and butter at the general markets, while my mother was called Luciana and she was one secretary in a construction company.

Since he was a child Paolo suffered from stutter and on several occasions she said that the situation was dramatic, but at the age of 12 she managed to defeat them thanks to acting and theater.

It was Paolo Bonolis himself who told of his true origins and he said that his ancestors on his father's side were originally from the Romania and his real surname was Bonoli. He became Bonolis when the family moved to Sardinia acquiring the final "s".

What did he study?

Paolo Bonolis has always shown great interest and culture present in western Sicily ". for the study and finished middle school he enrolled in the Liceo Classico where he will obtain the diploma with a score of 58/60. Later she will decide to enroll at the University following the course in Giurisprudenza.

After only three exams he understands that the percorso of studies was not for him and he enrolled in Political Sciences, where he undertakes the address in International Policies. This time he will complete the mission and yes degree.

The debut on television

As we have said, Paolo Bonolis is one of conductors most loved and appreciated on Italian television. His successes they are numerous and the debut dates back to the eighties.

Paul Bonolis it begins to work in television in 1980 when he was only 20 years old and we have seen him conducting 3, 2, 1… contact! Two years later he becomes the much loved helmsman of the children's program Bim, Bom Bam, initially joined by Licia Colò and later by Manuela Blanchard.

In 1991 for the first time we find the pair, now inseparable, Bonolis – Laurentis in the program Urka! and it was an entertainment quiz for kids. From this moment on, the couple will never split again and it is precisely together that they will get the greatest successes.

After presenting various programs on both Rai and Mediaset, Paolo Bonolis in 1996 yes will stabilize on the second where he will be the helmsman of very famous broadcasts.

We are on September 30, 1996 when Paolo Bonolis, at Mediaset, takes the reins di Pull and Spring, the pre-evening quiz that will lead alongside Luca Laurenti and Ela Weber. The format it worked quite well and stayed on active for two years.

Also in the autumn of 96, the conductor resumed conducting a program that he also managed on Rai, called Blessed among women which he will carry on until 1997. These two transmissions will allow him to take home the prize Telegatto 1997/1998 as character of the year.

In 1998, on October 3, the first prime time episode of Hi Darwin a Saturday evening program in which two teams compete and the ultimate goal is to make their category win. The success is truly incredible so much so that numerous will recur editions.

For Paolo Bonolis and Luca Laurenti i successes do not end here, because from April to May 1999 and from March to May 2000 I am at the helm of Who Framed Peter Pan, a program in which the protagonists are gods children who are confronted with characters known to the world of entertainment.

The experience as conductor of the Sanremo festival

In 2004 Rai proposed the management of the Festival of Sanremo to Paolo Bonolis, but in that year he refused. It will be the following year that he accepts the job, but it won't be just the announcer of the Sanremo event, but it is also the artistic director. It was the edition in which Francesco Renga won.

That edition achieved great success also because Bonolis had upset slightly the mechanism of the program and it was he who had to announce the death of Alberto Castagna. In that year it was joined by Federica Felini and Antonella Clerici.

La vita privata by Paolo Bonolis was characterized by two important marriages, a long life together, five children and two grandchildren. Let's find out more together.

The first marriage to Diane Zoeller

The first wife of Paolo Bonolis is called Diane Zoeller, an American psychologist, and their story began in the 1983s in the United States. In XNUMX the two yes marry and their relationship has been described as intense and special, despite it being short-lived.

In fact, at the end of the eighties the two ask for the divorce. She has returned to live in America with her two children, while he will remain in Italy, being able to see the children as soon as his work commitments allow it. Between Paolo and Diane there has always been, and continues to be, a good relationship.

The birth of children

Two children are born from the love between Paolo Bonolis and Diane Zoeller. The eldest is a girl and her name is Martina, born in the United States in 1981. The woman decided to stay and live here with her mother and her brother. In 2019 she is married and in 2020 he made Paolo Bonolis a grandfather for the first time.

The second born is a boy and his name is Stefano, also born in America, but in 1984. He is also married and in 2022 made nonno Bonolis for the second time.

The relationship with Laura Freddi

After the marriage with the psychologist Zoeller, Paolo Bonolis is linked to his colleague Laura Freddi and their story lasted five years, from 1990 to 1995. Their relationship has always been on everyone's lips and much talked about, but it seems to have ended when she expressed the desire to become mum.

At that point the conductor had to make a painful decision: he decided to to leave Laura Freddi because she wanted to start a family with him, while on the other hand he still didn't feel ready to start over after the failed marriage. The two break up, but remain on excellent terms.

The marriage with Sonia Bruganelli

Sonia Bruganelli and Paolo Bonolis have been married for many years now and their story begins in the corridors of television studios. The couple have known each other since Pull and Spring when he was the host and she was teleshopping.

Between them there was a real stroke of lightning when in 2002 they decide to get married. A great and unique love that had to face many obstacles. Together they have three children.

The birth of children

Paolo Bonolis and Sonia Bruganelli had three children. The first is called Silvia and was born in 2003 with serious health problems. The second born is called Davide and is born in 2004 and the little one of the house will call Adele, Of 2009.

The first daughter of Bonoli and Bruganelli is called Silvia, born when her mother was 27 years old and born in 2003. Although her birth represented a great joy for her parents, it was a very difficult and complex for the couple.

In fact, the baby was born with one heart malformation bad enough, but if caught in time it wouldn't be a problem for his future. The doctors then decide to immediately undergo surgery, but something has gone wrong.

Indeed, Silvia suffered from brain hypoxia immediately after the operation that led to serious motor problems, fortunately not cognitive. Now Silvia is a young woman who is fine even if she always has to be underneath control doctor and constantly do rehabilitation.

What we have told you just above is largely what we know on Paolo Bonolis, but we will report some of them below curiosity that few know.

Although Paolo Bonolis is not a very active artist on social media, we re-propose the active channels below.