Do you want to know how tariff profiles work?
The tickets for the funiculars change according to the distance of the destination and the type of means taken.
Discover more

The times of the funiculars are not always the same. In summer, the summer time is in force, while in winter the winter time applies
The funicular lines are almost always punctual.
The ticket must be purchased before entering the station when passing the turnstiles
The ticket must be stamped or activated at the turnstiles
Tickets cannot be purchased on board
Sometimes the service is suspended even for a long time
You can enter with the contactless ticket via TapIn and TapOut (Bancomat, Mastercard, Visa)
You can buy a digital ticket through the Unico App
Sometimes closures are brought forward for maintenance

What time do the funiculars open

What time do the funiculars close

The lines of the Naples Funiculars

The line counts 4 ​​stations, 4 the minutes needed to travel the entire route Via Morghen - Montesanto Square.

The history of the funiculars in Naples

During the 19 century the city of Naples experienced a period of growth in the construction sector, with the development of what will then be the neighborhoods Vomero e Arenella. It was at this juncture that the need arose to connect the upper districts with the other districts of the city, so in 1880 the hypothesis began to arise for "the funicular of Naples". It was the two engineers Cigliano and Ferraro who studied the mechanical systems for the construction of the funiculars of Chiaia e Montesanto. A few years later the project was presented to the Municipality which, with the support of Banca Tiberina, started construction work.

Only towards the 20 years did the construction of the other funicular plants be seen, that is: that Centrale, which was built so as to create a link between the high neighborhoods and the city center, and that of Mergellina, which was built, as well as the first two plants, to enhance the surrounding land at the time building.

For the operations two companies were founded, the SAFUCE, in 1926, which took care of the construction of the plant Centrale, and SPEME, who instead worked on that of Mergellina.

Latest news on the Funiculars in Naples 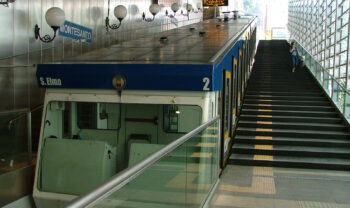 Naples, the Montesanto funicular also closes: when and why

Di Andrew Navarro of 24 January 23
The closure of the Chiaia Funicular is causing various inconveniences to the citizens who were in... 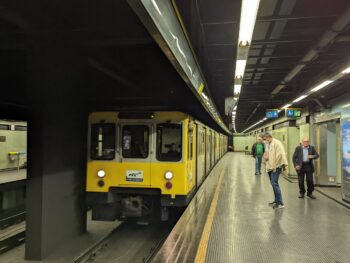 Di Fabiana Bianchi of November 28 22
A new strike by USB has been proclaimed for Friday 2 December 2022... 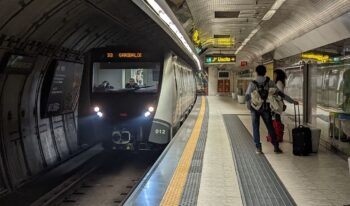 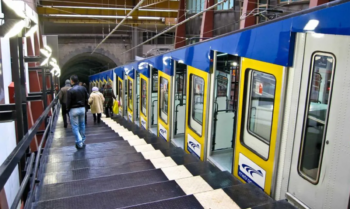 The Chiaia Funicular in Naples closes for 6 months: timetables and stops of the replacement bus

Di Fabiana Bianchi of 28 September 22
A new bad news for public transport in Naples because from Saturday 1 October ... 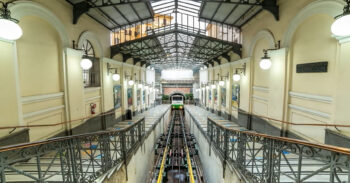 The Central Funicular in Naples closed on 7 and 8 September: timetables

Di Fabiana Bianchi of 06 September 22
An ANM notice communicates that the Central Funicular of Naples will be closed to the public ... 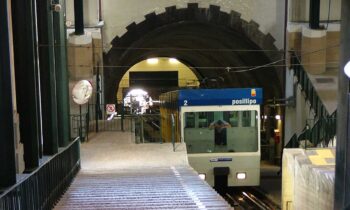 The Mergellina Funicular in Naples resumes the service: here are the timetables

Di Fabiana Bianchi of August 31 22
Finally the Mergellina Funicular in Naples returns to work every day of the week, ...

The Mergellina Funicular in Naples closes on Saturdays and holidays: timetables and replacement bus

Di Fabiana Bianchi of July 22 22
The ANM company has communicated bad news for the Mergellina Funicular in Naples which will remain closed ...

Di Fabiana Bianchi of July 08 22
From the official ANM Facebook page we learn that today, 8 July 2022, the Chiaia Funicular ... 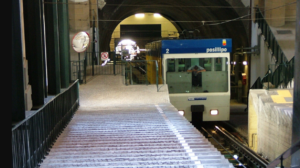 Chiaia funicular in Naples, in 2023 it will be closed for urgent works

Di Fabiana Bianchi of July 05 22
Still not very comforting news for public transport in Naples because we learn that the Funicular ... 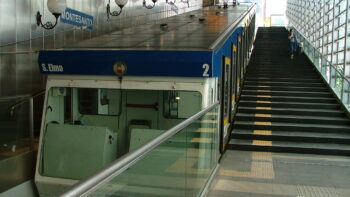 Di Fabiana Bianchi of June 06 22
Update: the service is back to normal. *** ANM announced on its official Facebook page ... 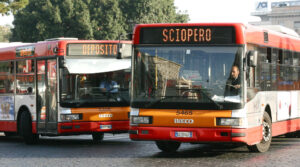 The Mergellina Funicular in Naples finally reopens after two years

Di Fabiana Bianchi of Apr 15 22
Finally the news that we have been waiting for so long arrives: the Mergellina Funicular in Naples reopens to the public ... 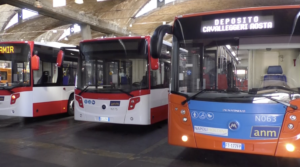 Metro strike line 1, Funiculars and buses in Naples on 25 February 2022 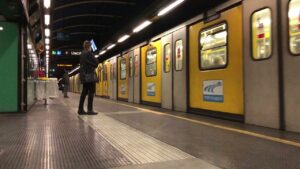 Di Fabiana Bianchi of 28 January 22
On Friday 4 February 2022 a strike by ANM means of transport is expected in Naples ...

Metro strike 1 line, Funiculars and buses in Naples on 14 January 2022