Luci d'Artista in Salerno: the lights between Pegasus, Santa Claus and the big tree 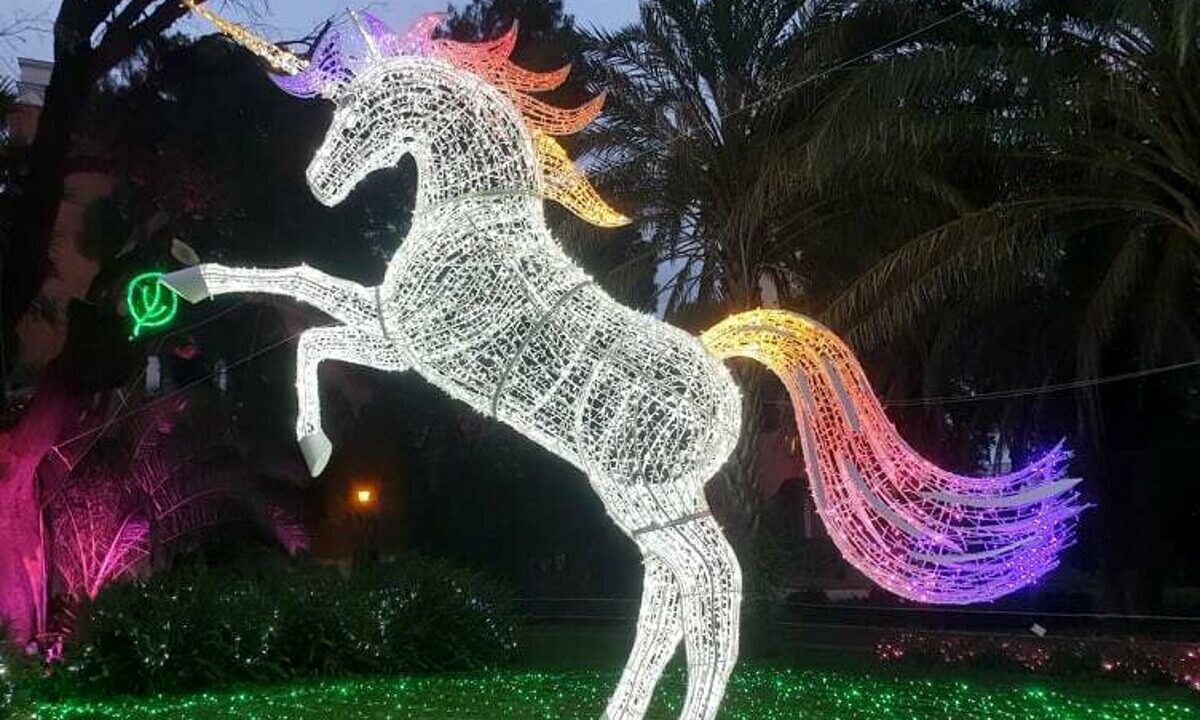 The Luci d'Artista in Salerno this year should have been lit on November 26, 2021, but due to bad weather and other unforeseen events, the inauguration has been postponed.

According to new information, the departure will take place the 3 December and they will be on until 23 January 2022.

The Christmas tree was installed in Portanova square and the path of the lights provides via dei Mercanti, the streets of the center, Piazza Sant'Agostino, the Lungomare, the Rotonda , Piazza della Libertà and much more.

After the stop last year due to the pandemic, there is great anticipation and certainly there will be many visitors who will want to admire them.

The lights in the streets of Salerno

In via Roma a beautiful illumination was installed which represents a unicorn, a charming white horse.

In the Villa Comunale, another white horse has also been installed that draws Pegaso and in Piazza Caduti di Brescia in Pastena a wonderful one stands out Santa Claus hat. It is made in the shape of an arch that you can cross and the little ones will be very happy to do it.

Instead, a Huge Santa Claus we can find him in Piazza Vittorio Veneto, while his boot is at the Torrione.

In Piazza Flavio Gioia we find theTree of Life.

In the area of ​​Santa Teresa-Crescent there are several other lights and so also in Piazza Sant'Agostino. In this square most likely there will also be the Christmas markets with the typical wooden houses.

Other beautiful light paths can be found in via Diaz, Corso Garibaldi, via Carmine, Corso Vittorio Emanuele and in the historic center of Salerno.

The life-size nativity scene with over 200 statues

A beautiful one was also inaugurated on 8 December Life size nativity scene, The so-called Cherry tree nativity scene. It is a work created thanks to the collaboration of many associations, schools and various citizens of Baronissi.

There are more than 200 statues that make up the Nativity scene and there are characters of ancient crafts, shepherds, the fish market, the spice market, the tavern and of course the hut with the Nativity. There is also the Castle of Herod.

The Nativity is twinned with "Bethlehem in Talacchio", a crib made of fabric and made by the inhabitants of the homonymous village in the Marche.

Are you looking for something in particular?
artist lights in salerno, Christmas markets, Salerno
Work with us
Load More