How to get to Pompeii: info by car, train, circumvesuviana, bus and plane 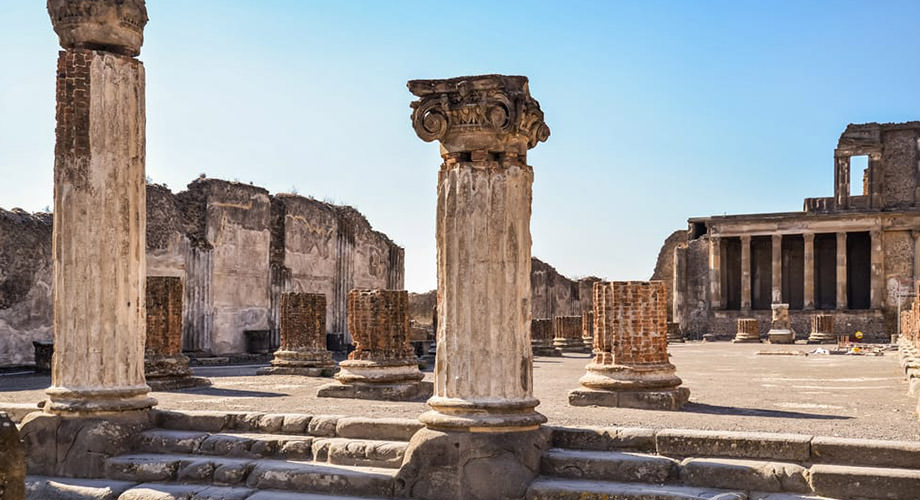 To reach Pompeii and the Archaeological Excavations you can use car, train, bus and Circumvesuviana. Here is the information to get there.

The village of Pompei It is known in the world especially for its own Archaeological Excavations that allow to visit what remains, in a large part intact, of the old Roman Pompeii covered by the ashes of the Vesuvius eruption 79 of AD

The site is one of the most visited in the world and the first places among the choices of tourists in Italy and the 1997 is World Heritage Site for UNESCO. Inside you can visit Roman villas, houses belonging to rich or members of the people, other private buildings, public buildings, what remains of markets and thermal baths, the famous one Amphitheater and the Teatro Grande, not to mention frescos and objects of everyday life.

Here is how to reach Pompeii and its excavations in car, train, Circumvesuviana, bus and plane.

Who comes by car from the north, therefore also from Naples, must use theA3 Naples-Salerno motorway towards Salerno and take the Pompei Ovest exit. From here, continue on the SS18, turn into Via Villa dei Misteri and after a few meters you have reached your destination.

Who comes from the southinstead, always fromA3 motorway must take the Pompei Est exit. From here, proceed along via Antonio Morese towards via S. Giovanni Battista della Salle, take via Sacra and continue on the SS18 until via Villa dei Misteri.

With the Circuvmesuviana, which in Naples is located at the Piazza Garibaldi station, one of the must be taken trains of the Naples-Sorrento line and you must get off at the Pompei Scavi stop. See the table for all time info.
Alternatively, also i Naples-Torre Annunziata-Poggiomarino trains they lead to Pompeii, up to the stop of the same name but it is far from the excavations and we do not recommend it.

Warning! Several lines run on the tracks of Piazza Garibaldi. Check that the vehicle is the one for SORRENTO.

From Naples Central Station in Piazza Garibaldi, you can also get to Pompeii with a Trenitalia train direct Naples-Pompeii.

Alternatively, take a train towards Salerno, come down to the Portici-Ercolano stop and from here take another train towards Pompei which stops at the station of the same name, just a few minutes walk from the Archaeological Excavations.

Generally, the year is also activated every year tourist train fast of last generation Campania Express, from April to October, which leads directly from Naples to Pompeii and to Herculaneum (and arrives as far as Sorrento).

From Naples, from Piazza Garibaldi station, you can take the EAV and SITA buses.

THESITA bus, which also departs from Capodichino Airport, is the Napoli-Salerno-Nocera and stop at Pompei Scavi stop. Consult the official website for timetables.

Who lands atCapodichino Airport can take theAlibus and get off at Piazza Garibaldi, at the Central Station. From here, take the SITA bus to Salerno and get off at Pompeii or follow the directions on the section on Trains. The alternative is a taxi.

The best vacation rentals in Naples: complete apartments to stay ...

How to get to Ercolano: the info by car, circumvesuviana, train, ...